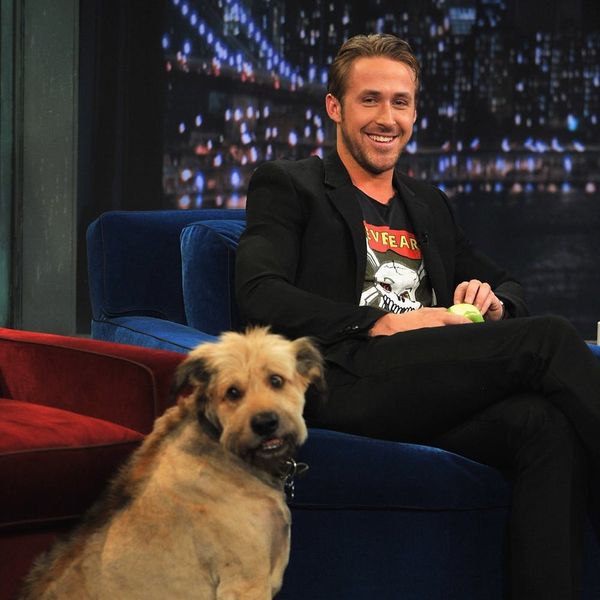 Ryan Gosling wears a lot of sweaters, but few are as special as the one he wore to close out his Saturday Night Live hosting gig last weekend. It was all about George, Gosling’s beloved dog, who passed away in December of last year.

Sitting down with Ellen DeGeneres this week to promote his new movie, Blade Runner 2049, Gosling noted that he also now wears the pup’s tag around his neck as a constant reminder of his dear departed dog.

The actor spoke fondly of George, saying that he was the type of animal who almost felt like being a dog was beneath him. “Like, he would not do tricks,” Gosling explained. “If you even wanted him to sit down, you had to sort of convince him that it was in his best interest. You know? Be like, ‘Look, we’re gonna be in this car for about three hours, so if you want to sit down, you might be more comfortable that way.’ And then he might consider it.”

As he got older, his charm evolved. “George, as he started to age, started to look like an aging rock star. He was sorta skinny-fat and he had big hair and, you know, no teeth, open sores, but still sexy,” Gosling told DeGeneres.

“He was a good friend to me,” the Blade Runner 2049 star added. It sounds like they were good friends to each other. RIP, George.

Do you have (or have you had) a beloved pet like Ryan Gosling’s George? Let us know @BritandCo!