What Happened When I Ate Like a Celebrity for 48 Hours 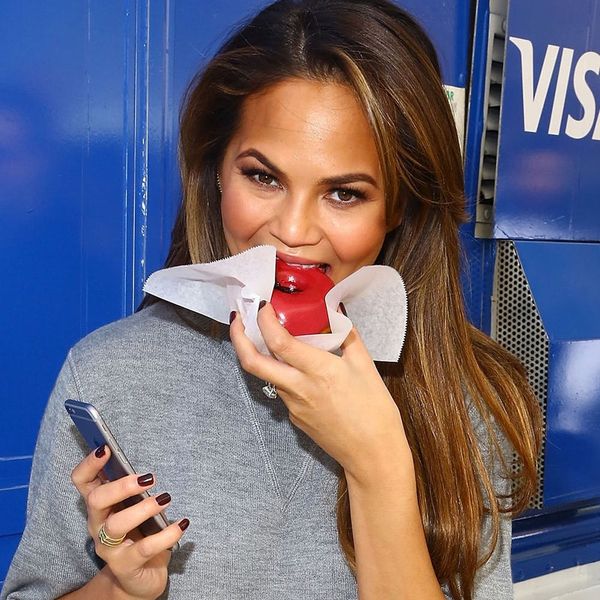 As someone who can’t resist a Saturday morning serving of bacon, eggs and pancakes, I am endlessly flabbergasted whenever I read up on what a celebrity eats in a day. Whether it’s Jennifer Aniston’s diet or Gwyneth’s moon dust smoothie, I’ve always said I could really only eat like that if I was getting paid a million a movie. That being said, I commend them for their allegiance to the fruits + veggie party. My personal diet is relatively healthy — with the exception of a treat every so often (I mean, I work at Brit HQ) — but it’s definitely not on par with the ladies of Hollywood. When the NYC-based meal delivery service Sakara Life (a favorite among celebs like Gwyneth and Chrissy Teigen) made their debut in SF, I decided to give it a try.

It’s easy to see why Sakara Life is loved by celebs. Each week a package is delivered to your door in an insulated tote bag with your meals for the week. You get three meals a day. I was also gifted a couple of their luxury “morning” and “night” waters. While it’s super convenient and takes a lot of the grunt work out of the effort required to eat whole + healthy, it comes at a price. A day’s worth of meals costs $82. Here’s how my 48 hours of eating like a celeb went down.

I’m going to admit I was pretty reluctant about this challenge in the beginning, but when I opened up my tote to find a “Sakara-fied” herb biscuit along with some mushroom gravy for breakfast I was feeling a little more hopeful. The biscuit on its own was pretty chalky, but when heated up and topped with the gravy it came with, it was actually pretty tasty. It was just one biscuit and TBH, I need more than that to get my day going. I decided to finish off meal number one with a banana.

When lunchtime rolled around, I opened up this colorful salad that included brown rice, tomatoes, cauliflower, beets, celery and lots of other healthy goodness. I’ll be honest, I’m not really much of a salad fan (I usually prefer to eat healthy in other ways), but hey, when in Rome, right? The salad came with a creamy “Magic Mushroom” dressing and damn guys, it was bomb. I ate it all and it actually did not taste like I was munching on a garden. However, like most salads without some sort of meat involved, I didn’t feel full afterward.

When dinner rolled around I was pretty ravenous, and when I opened the fridge to find more salad I wasn’t so into the idea. I was quickly learning that the secret to looking like a celeb was really just loving salad. I should have guessed. The side salad was accompanied by a carrot risotto and again, I have to admit I was actually pleasantly surprised by both. One thing Sakara Life has mastered is salad dressing. This one was a lavender-infused vinaigrette — I would *definitely* buy this by the bottle.

Day two kicked off with a rose, silica and mineral-infused “morning water” and a green veggie harissa scramble. While I would totally have eaten this for lunch, it wasn’t quite my jam for the first meal of the day. Perhaps it’s because I’m a breakfast traditionalist (eggs + bacon for LIFE) or because I was getting a little tired of this demanding celebrity life after a mere 24 hours, but this wasn’t my fave.

For lunch I had another salad (seriously you guys, salads FOREVER). Considering the success of the first salad, I was optimistic. However, I wasn’t quite as much a fan of this one. And quite honestly, I gave up halfway through just like a c-list celeb would. I may or may not have eventually ditched the salad and opted for a turkey + cheese sandwich.

I finished the day with some mushroom wraps. By this point, I’ll be honest — I ate them, but my heart wasn’t in it. But fame comes with sacrifice, so I powered through. I had to add some fresh fruit to the meal, as a couple of wraps wasn’t quite enough to satisfy my appetite. I finished my 48 hours super celeb style, with a $4 bottle 8-ounce water – night water to be exact. The murky dark green drink has chlorella in it, a superfood green algae that’s meant to help you slip into a sweet slumber. While it looks scary, there wasn’t much of a taste to it.

I was pleasantly surprised by my two days’ worth of meals, to be honest. I was expecting a lot of salad and I DEF got that, but I enjoyed them more than I thought I would. Throughout these two days I probably tripled my veggie intake by 300%, and aside from being hungry because of the portion size, my body felt refreshed and never heavy after a meal. Could I keep this up forever? Probably not. Is it worth the $80+ a day? Depends on your budget. Did this inspire me to make more of an effort to eat clean as much as possible? 100 percent.

Cortney Clift
Cortney is the senior writer and special projects editor at Brit + Co. She typically covers topics related to women's issues, politics, and lifestyle. When she's not buried behind her computer you'll find her exploring New York City or planning her next big adventure.
Diet
Food News
Diet
The Conversation
More From Food News