This Dino’s Got the Best Halloween Costumes Ideas 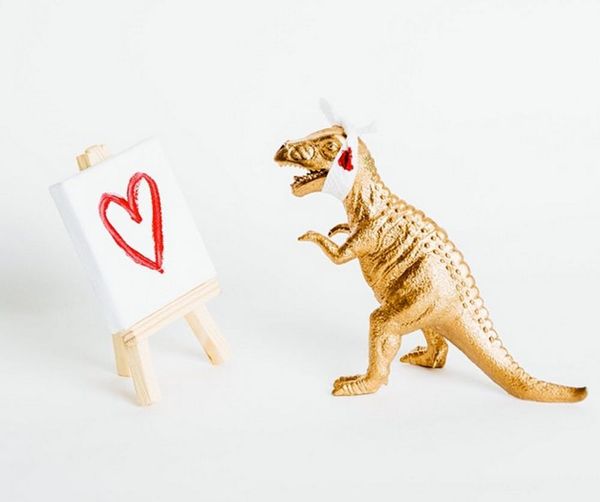 This is Frederick. Clearly, he’s a golden dinosaur. And he’s got some awesome Halloween costume ideas for you.

Like Sandra Bullock in Elie Saab Couture at the 2013 Academy Awards.

Or an Athletic Supporter, perhaps?

While we’d like to think that Frederick comes up with these killer ideas himself, we’ll admit he has some help. San Francisco-based portrait photographer Sarah Deragon is the real mastermind behind this witty golden dinosaur. The ideas started flowing a few days ago, when Sarah decided she would dress up her pal in various costumes on the days leading up to Halloween and post ’em on her Instagram. And we’re obsessed.

Frederick and his BFF Lewis came up with a killer couple costume, too: College Freshmen. Keep checking Sarah’s feed to see what Frederick will wear next. We’re guessing tomorrow is going to be epic!

Which is your favorite Frederick costume so far? What would you like to see him in tomorrow? Sound off below!

Rachel Sumner
Rachel is a Contributing Editor at Brit + Co and the founding editor of lifestyle blog, SADIERAE + CO. While her background is in fashion and styling, she also loves all things creative, cooking, traveling, binge-watching TV shows and giving piggy back rides to her golden retriever, Louie.
Halloween
Party
Halloween

Andrew Steele Teaches Brit How To Reverse Aging (No, Really!)