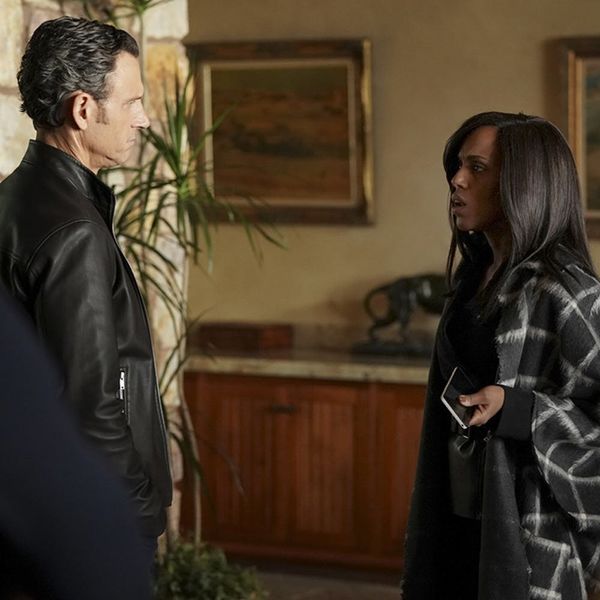 When Scandal premiered in 2012, there was one major scandal at the heart of its pilot. The president of the United States, Fitzgerald Grant III, was sleeping with a woman who wasn’t his wife, a White House intern named Amanda Tanner. Not long afterward, viewers (and Cyrus) learned that Fitz also had an affair with Olivia Pope that started while she was a campaign staffer when he ran for president. And a president having an affair with a former staffer is pretty scandalous — but the show was always more than a romantic drama.

Olivia and Fitz got back together, and then split up again, more times than you can count over the course of Scandal’s seven seasons. Amid all the talk about Vermont and jam-making, though, Olivia gave plenty of cheer-worthy speeches about how Fitz didn’t own her, and she could do what she wanted. The show also gave Fitz some formidable competition in Olivia’s other on-again, off-again beaus, Jake and Edison. Going into the finale, it looks like Fitz and Olivia will probably get their happy ending in Vermont (provided she doesn’t face legal consequences for her B613 confession), but that’s really just a footnote for the rest of the show.

Scandal has always been more about its characters’ careers than their romantic entanglements, though there’s been plenty of that, too. Olivia values her job, and her Washington status, above almost everything else. And while Fitz’s affairs may have been the show’s original “scandal,” they’re far from the most noteworthy one. There’s the existence of shadow agency B613, the Defiance election-rigging, the murder of Fitz and Mellie’s son — there are way more scandalous things going on in this show than romantic affairs.

It’s also worth pointing out that the show’s current and final season hasn’t dwelled much on Fitz and Olivia’s relationship. Yes, they’ve shared intimate moments, and there’s been talk of Vermont, including Olivia’s intervention at Fitz’s Vermont house. But for the most part, Olivia and Fitz have been forging their own paths in season 7. Olivia is constantly working to help Mellie (regardless of whether she’s still officially employed by her), and Fitz is working with Marcus at his new institute. Even though they’ll likely end up together, they’re successful when they’re on their own. And sometimes, focusing on self-improvement, rather than relationships, has been good for both of them.

In fact, Scandal creator Shonda Rhimes told Entertainment Weekly last year that she didn’t want the focus to be solely on the show’s romance. “I was never telling a ‘will they or won’t they’ thing,” Rhimes said to EW. “Every time somebody asked me if people were Team Whatever, I never really got that. I was always telling a story about the evolution of a woman.”

It’s good to remember Rhimes’ words going into the series finale this week. Whatever happens between Olivia and Fitz is just one part of Olivia’s story — and she’ll be just fine with or without him.

Do you want Olivia and Fitz to end up together? Let us know @BritandCo!