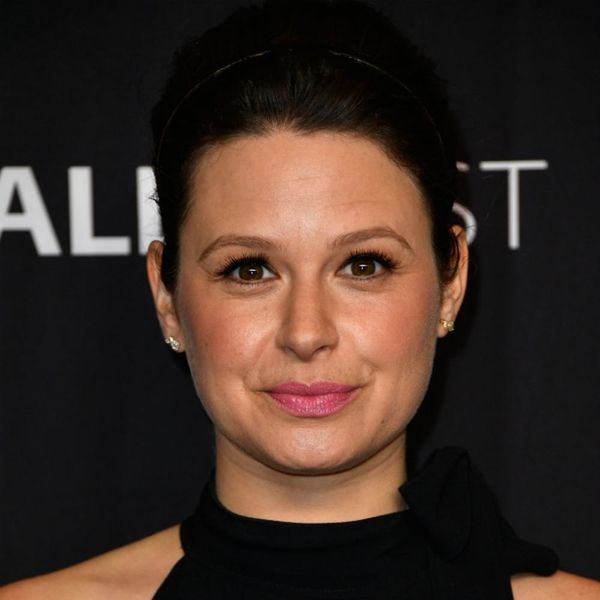 There’s been all sorts of gossip surrounding runaway hit show Scandal lately. With rumors this week that the show has been canceled and will end after its seventh season (though show runner Shonda Rhimes has yet to confirm), all eyes have been on the its stars, including one Miss Katie Lowes, and boy does she have a surprise for fans! While congratulating host Jimmy Kimmel on the birth of his son Billy for her interview on Jimmy Kimmel Live! last night, the 35-year-old dropped the bomb that she’s also expecting her first baby with husband Adam Shapiro.

Lowes admitted that when she told her Scandal boss the news, Rhimes more or less, “already knew. Because she’s Shonda, she’s a genius.” (That peeking little bump probably didn’t hurt, either).

As for baby names, the actress admitted she and Shapiro aren’t quite there, saying, “My husband’s a huge basketball fan, so for years, we’ve been calling him ‘Lebron.'”

“You don’t want the baby’s name to be Lebron,” Kimmel quipped, “because maybe after five years he’ll want to go live with a different family.” Kimmel goes on to suggest the names Jelatin (with a J) and Camaro (though neither of those names fit particularly well with the last name Shapiro).

While we wait for confirmation of what exactly is happening with Scandal, it’s definitely an exciting reprieve from the potentially crushing news. Congrats, guys!

How did you tell your coworkers you were expecting? Tell us @BritandCo!

Kat Armstrong
Kat has been a writer, social media maven and mom for longer than she's willing to admit. She's also spent time in front of and behind the camera, interviewing celebs, politicians and acting as a producer for fashion and artistic photography shoots. When she isn't writing for various orgs and publications, she's hanging with her kids, husband and French Bulldog, Peter, in Toronto, Canada.
Celebrity Baby
Celebrity News
Celebrity Baby Celebrity Baby Names
More From Celebrity News