See How Twitter Is Reacting to the Shocking #NoDAPL Decision 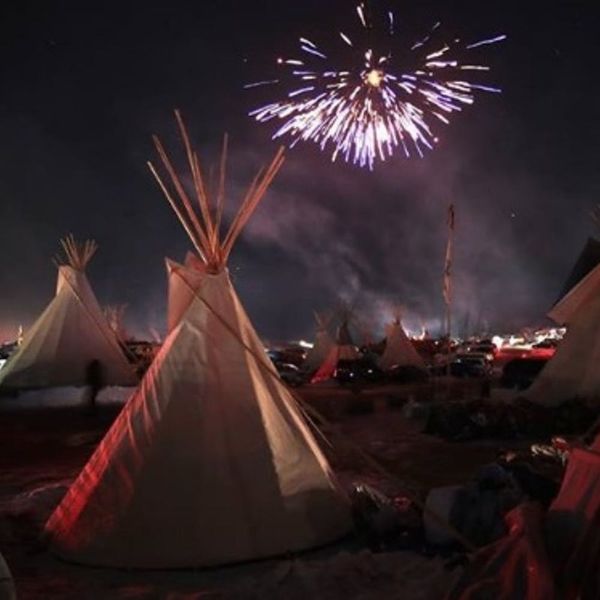 When news broke Sunday afternoon that the Dakota Access Pipeline project would not be allowed to move forward with their current plans, shock waves crisscrossed the country (and beyond!) as people rejoiced the decision. Not only a victory for the thousands of Standing Rock protesters who stood their ground night and day against seemingly unbeatable forces, it’s also a glimmer of hope during these dismal days. With so many reasons to celebrate this development, folks took to Twitter to share their reactions to the shocking #NoDAPL decision.

Most folks were overwhelmingly happy and thankful…

My heart is happy today. For everyone who punished trying to stand for this cause, you are a hero. #StandingRock #NoDAPL #AguaEsVida ❤️️

Thank god for #NoDAPL. We still have a lot of work to do, but I can breathe just a little easier now

So proud of the people who stood up for what's right and good – and won, against all odds. This is 'real' victory! #StandingRock #NoDAPL https://t.co/vOqIjljYJR

Congratulations to the #NoDAPL water protectors and the others who struggled. Thank you.

Some are still watching things carefully…

Stay ahead of the hype folks. If there's talk of ETP moving forward, don't let it draw attn. But keep a wary eye out. #NoDAPL

@OurRevolution2 It's not over yet. We need to stay vigilant. Thank you, water protectors! #NoDAPL

While other folks are still worried about the upcoming sitch…

I get #NoDAPL excitement, but did you all forget what happens January 20th?

#NoDAPL victory shows that peaceful protest works, but we need true revolution in order to stop fascism from rising in America.

How did you reaction to the Dakota Pipeline news? Tweet us @BritandCo!