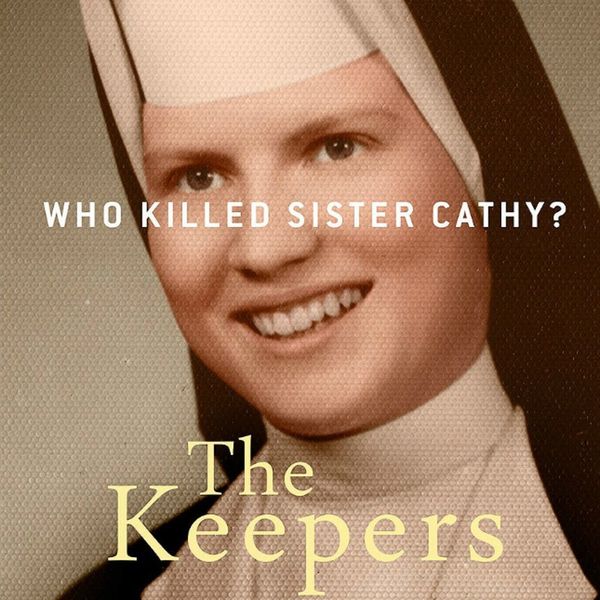 We’ve been on pins and needles since the first season of Making a Murderer concluded, wondering what events have unfolded (and are still unfolding) for the Avery family since we saw them last. With no immediate release date other than “2017” in sight for season two, however, true crime junkies are turning their attention to what is sure to be the network’s next big hit: The Keepers.

A whodunit of epic proportions, the docuseries will take a closer look at the case of a 1969 murder of a Catholic nun named Cathy Cesnik.

As the newly released trailer suggests, though, it’s not only a matter of finding the killer that’s key to the case, but why. “I believe Cathy Cesnik was killed because she was going to talk about what went on at Keogh,” one interviewee says (Keough being the Catholic high school then 26-year-old Cesnik taught at).

With allegations of abuse running rampant (“I can testify that over 100 victims have been abused,” one woman says in the clip), the trailer seems to implicate that the nun’s death was not at the hands of a single assailant, but rather the coordinated efforts of an entire network which included politicians, local business owners, and higher-ups in the church that came together to keep the school’s secrets quiet — even at the expense of a life.

With quotes like, “This goes bigger and deeper than we can imagine,” and “The story is not the nun’s killing — the story is the cover-up of the nun’s story,” we can only imagine what bombshells the series plans to drop on us come May 19.

Watch the trailer in full below.

Will you be watching The Keepers? Tell us over @BritandCo.

Nicole Briese
Nicole is the weekend editor for Brit + Co who loves bringing you all the latest buzz. When she's not busy typing away into the wee hours, you can usually find her canoodling with her fur babies, rooting around in a bookstore, or rocking out at a concert of some sort (Guns N' Roses forever!). Check out all her latest musings and past work at nicolebjean.com.
Netflix
Movies
Netflix
More From Movies