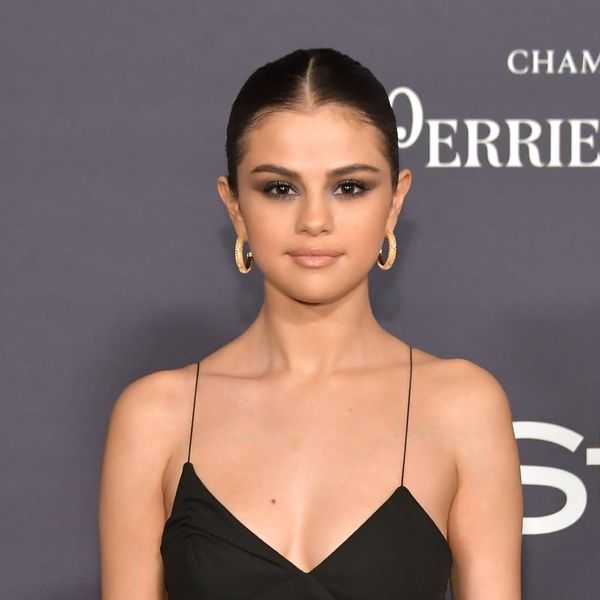 There’s been a lot of speculation about who may or may not still be in Taylor Swift’s infamous squad these days. If the names on the “Gorgeous” singer’s t-shirt in the “Look What You Made Me Do” video is to be believed, Selena Gomez is indeed still Team Taylor, and based on her interview with Zane Lowe for Beats Radio 1, we’d be inclined to agree.

When asked whether she’d already heard Reputation, which is due out November 10, and if it was “good or incredible,” the 25-year-old had nothing but love for her former Grammys date. “Would you expect any less?” she replied.

Of course, we wouldn’t expect the “Bad Liar” singer to say no, and we certainly wouldn’t expect her to dish any secrets about the major release, but she did reveal a true love for her longtime bestie and her work, speaking volumes about their unshakeable bond.

“It’s so inspiring,” she said. “It’s really cool to surround yourself with people and be involved with people who are aspiring and changing the way that they dictate what they love, whether it’s acting or music, and she’s one of those people who will continue to do that.”

As you’ll recall, the bosom buddies met nearly 10 years ago when they were both dating Jonas brothers (Nick and Joe, respectively), and have been super close ever since. Though their public displays of friendship have ebbed and flowed, the “Wolves” crooner, who also spoke out in support of Swift’s relationship with Joe Alwyn, made it clear once more that there’s no love lost between the two

“I obviously love her so much and I want her to do what she does,” she said. “And she’s killing it, and it’s everything you would want and more. So, I’m very proud, and obviously a major fan.”

Us too, Sel — of both of you, and your rock-solid sisterhood!

What do you think about Selena Gomez’s kind words? Let us know @BritandCo!