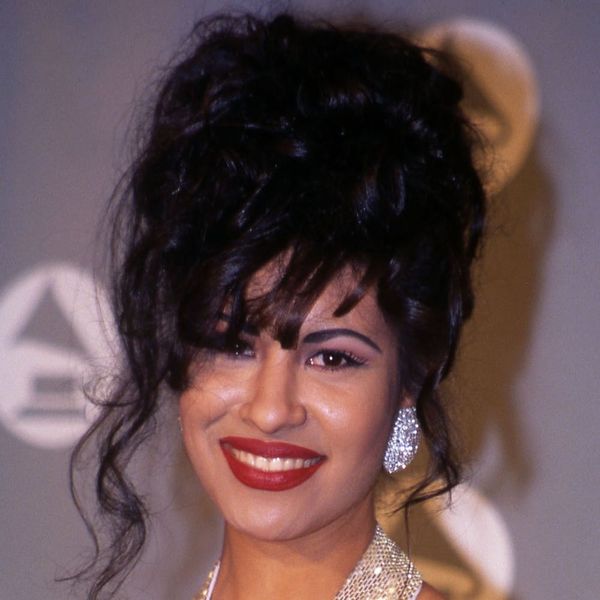 Tributes to Selena Quintanilla, the legendary late singer who was gunned down at the height of fame at just 23 years old, have been everywhere as of late. The “Bidi Bidi Bom Bom” crooner now has an entire MAC makeup collection dedicated to her, and two of today’s most renowned stars, Demi Lovato and Kim Kardashian West, both dressed in her likeness this Halloween. Now, the iconic Mexican-American songstress has been given one of Hollywood’s highest honors, posthumously receiving her very own star on the Hollywood Walk of Fame.

Quintanilla’s family and husband, as well as hundreds of fans, attended the unveiling ceremony on Friday, including one Eva Longoria, who could barely hold back her tears as she spoke to the crowd. “It’s beyond humbling to stand here on behalf of a person that I myself owe so much to,” she choked out. “I promised myself I wasn’t going to cry.”

Los Dinos 2017...last night was such a rush. Thanks again everyone for the love. Now, to enjoy some Cali weather before heading back to Texas in a few days. :)

“This star isn’t only for Selena,” she continued. “It’s for every Latina who’s out there, who has ever had a dream. Growing up, there was no reflection of me anywhere, not on TV, not in movies, not in music, and it was as if someone like me didn’t exist in American mainstream. That all changed when a bright, young singer named Selena came and changed the landscape of music entertainment.”

Quintanilla’s life was abruptly ended in 1995, when Yolanda Saldívar, a manger for the “Dreaming of You” singer’s clothing boutiques, did the unthinkable, shooting and killing the budding young star at the Days Inn motel in Corpus Christi, Texas. She recently spoke out on her motive, reportedly saying that “she wanted to feign an assault to avoid going to jail and, above all, not have to pay her the almost $200,000 dollars she had stolen during her administration of clothing stores and the Selena fan club.”

Suzette Quintanilla, sister to the late musician, also spoke at the ceremony on behalf of her family, sharing some inspirational words from the late honoree herself: “I think Selena said it best, ‘The impossible is possible… The goal isn’t to live forever, but to create something that will.’ And I think tonight is a perfect testament of that.”

Are you a fan of Selena? Tweet us @BritandCo.