Turns Out Not All Selfies Are the Same 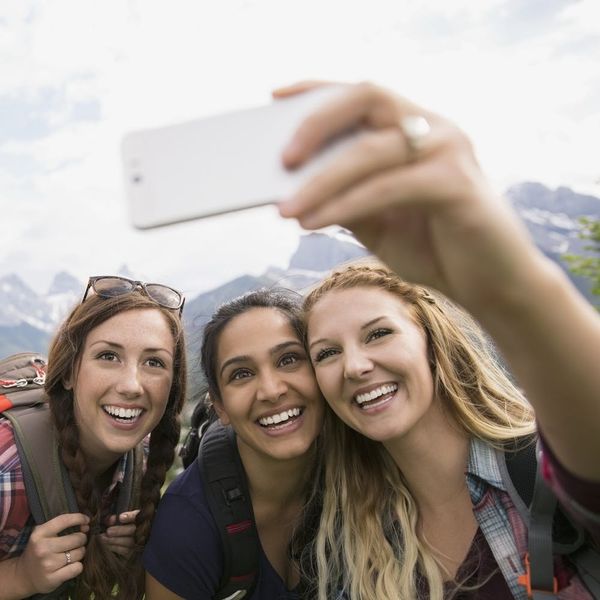 “But first, let me take a selfie.” When The Chainsmokers first uttered those words, selfies were still somewhat of a phenomenon. But now, let’s be honest — they’re part of everyone’s day-to-day. Whether you want to show off your new super cute dip-dye flannel shirt or get some major props for crushing a new one-pot paleo recipe, nowadays almost any occasion calls for a selfie.

When it comes down to it, it’s pretty easy to understand the reason why everyone on the planet is so into the selfie: Sharing is caring. But one new study from BYU shows that not everyone’s motives are to show off. In fact, the five researchers found that most selfie-takers can be categorized into three groups: communicators, autobiographers and self-publicists.

This group of selfie-takers is all about engagement. “They’re all about two-way communication,” explained coauthor and current student Maureen “Mo” Elinzano. These folks use selfies to start a conversation and want their photo to mean more than just a couple hundred double taps. A prime example? All of the bosses who recently participated in the Women’s March around the world, like our girl Amy Schumer.

The autobiographers use selfies to keep track of all the amazing things they’re experiencing, places they’re going and people they’re meeting. These people aren’t as concerned about starting a conversation, unlike communicators. Think your girlfriend who is studying abroad, posting daily pics from all around Europe. Or our girls from Fifth Harmony who love to document their tour, award season and their time in the studio.

Back on the rehearsal grind. Let's do this. ❤️

Surprisingly, self-publicists are actually the smallest of the three groups, and “are the people who love documenting their entire lives,” said coauthor Harper Anderson. “And in documenting and sharing their lives, they’re hoping to present themselves and their stories in a positive light.” This is where everyone’s favorite family comes into play: the Kardashians and Jenners. These sisters are probably the best example of self-publicists (and honestly, selfies 101).

Tweet us what type of selfie-taker you are @BritandCo!

Kelsey Nelson
Kelsey Nelson is a born-and-raised Ohioan living life in South Carolina. She thrives at binge watching Netflix, contemplating what to order at the bar and running any trail or road she can get her feet on. In addition to being a Brit + Co contributor, she writes about southern pleasantries, DIY mishaps and more at North Living South. If she isn’t writing or running, she’s off adventuring with her husband Brad and their Lab/Dachshund mix, Gordy.
Photography
Home News
Photography Selfie study
More From Home News