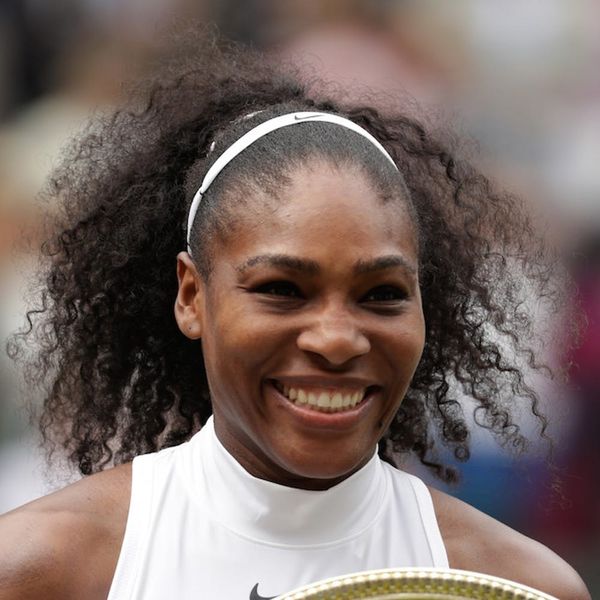 Even though it is a well-established fact that a gender-based pay gap exists, one thing that often gets overlooked is that black women are affected even more than any other group by wage disparity. In an essay for Fortune Magazine, tennis star and mom-to-be Serena Williams is tackling the facts on the gender and race-based pay gap in the hopes that education will help to close it once and for all.

The essay, released on Black Women’s Equal Pay Day yesterday, aimed to shine a light on “the long-neglected fact that the gender pay gap hits women of color the hardest.” How hard, you might wonder? “Black women are 37 cents behind men in the pay gap — in other words,” Williams explains, “for every dollar a man makes, black women make 63 cents.” And that number is 17 percent lower than the pay gap that white women face for the same work.

“Growing up, I was told I couldn’t accomplish my dreams because I was a woman and, more so, because of the color of my skin. In every stage of my life, I’ve had to learn to stand up for myself and speak out. I have been treated unfairly, I’ve been disrespected by my male colleagues and — in the most painful times — I’ve been the subject of racist remarks on and off the tennis court,” Williams recounts in her essay, adding that she understands the undeniable position she now is in based on her talents. And she knows that without her remarkable abilities in tennis, she would be part of the grim statistics.

“The cycles of poverty, discrimination, and sexism are much, much harder to break than the record for Grand Slam titles. For every black woman that rises through the ranks to a position of power, there are too many others who are still struggling. Most black women across our country do not have the same support that I did, and so they often don’t speak out about what is just, fair, and appropriate in the workplace. When they do, they are often punished for it.”

And Williams is here to help empower everyone with the facts to get us all started on closing every wage gap. Partnering with Survey Monkey, by joining their board of directors, Williams is sharing the numbers on the wage gap that we can use to act, in speaking with our elected officials and colleagues in order to promote equity in the workplace.

Not all is doom and gloom, however. Williams hopes that by empowering people with these statistics, black women will be able to push forward, and she reminds, “Be fearless. Speak out for equal pay. Every time you do, you’re making it a little easier for a woman behind you. Most of all, know that you’re worth it. It can take a long time to realize that. It took me a long time to realize it. But we are all worth it. I’ve long said, “You have to believe in yourself when no one else does.”

Have you experienced racial pay inequities? Tell us @BritandCo.

Kat Armstrong
Kat has been a writer, social media maven and mom for longer than she's willing to admit. She's also spent time in front of and behind the camera, interviewing celebs, politicians and acting as a producer for fashion and artistic photography shoots. When she isn't writing for various orgs and publications, she's hanging with her kids, husband and French Bulldog, Peter, in Toronto, Canada.
Gender Issues
More From Gender Issues