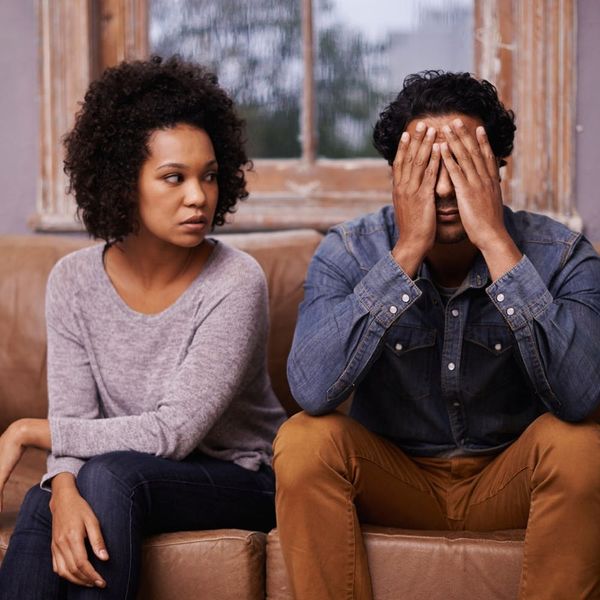 All relationships — platonic, romantic and everything in between — are bound to have rough patches. Whether your friend struggles to overcome her jealousy of your promotion, you’re dealing with a frenemy at work or you and your S.O. just can’t seem to stop fighting, some human interactions are inevitably negative. But where’s the line between upsetting interactions and a toxic relationship? Harmful relationships are hard to diagnose and even harder to quit, so we asked a relationship expert for guidance. Read on for three ways to tell if you’re in a destructive relationship (we’re talking toxic friends too) and three ways to end it.

3 Signs Your Relationship Is Toxic

1. The other person throws a pity party. In this scenario, your friend or S.O. says things like, “You’re all I’ve got,” after a disagreement or if you don’t do what they want (AKA control you). They purposely make you feel like their problems are your fault. In more serious cases, the other person threatens to commit suicide if you leave the relationship.

2. Your friend or partner sends you on a guilt trip. When the other member of the relationship threatens to shame or blackmail you, they’re engaging in this toxic tactic. Tashiro says that in this case, they accuse you of being unfair and often ask, “Why are you doing this to me?”

3. They go nuclear. This is a term used to describe explosive tantrums or lashing out, Tashiro says. This element of noxious relationships is arguably the most intense, because the other person attempts to use fear to keep you from leaving. These venomous acts can be as intense as domestic or sexual violence and as everyday as mean comments or jabs, Tashiro says.

In any case, they are signs of emotional (and, at times, physical) manipulation and are hard to walk away from. But there IS hope to those in any kind of toxic relationship.

3 Ways to Get Out of a Toxic Relationship

1. Bolster your social support. Once you’ve decided to leave your friendship or relationship, your friends and family will play a key role in transitioning to life without the toxic person. “Your social support is a huge deal, because something that’s scary to think about for many people leaving toxic relationships is what they will do without the other person in their life,” Tashiro said. Friends and family can help fill this void.

2. Write it all down and use a 4:1 formula. Sometimes, the most rational way to think it through is to put pen to paper. If you’re conflicted about the role that someone is playing in your life, perform an informal cost/benefit analysis. Tashiro recommends considering the ratio of positive to negative behaviors and actions that person exhibits. If it’s less than four positives to one negative, it might be time to move on.

3. Consider how you’d live your best life. If you’re worried about the void that might be left by that person, Tashiro believes in considering the opportunity cost of spending time with them. “I’m not a fan of zombie relationships,” he said. “If you’re busy, time is a limited asset. Spend time with people who aren’t sucking the life out of you.” If you were free of the destructive relationship, you’d likely have more energy to put toward supportive friends and hobbies you love.

Have any more tips for getting out of toxic relationships? Let us know @BritandCo.

From Your Site Articles
Gabrielle Gresge
Gabrielle Gresge is a Chicago native and journalism student at the University of Missouri. While not chasing deadlines, she enjoys giving campus tours, exploring her new home, and missing her old one. She loves to write about these experiences in her own handwriting at gabriellegresge.wordpress.com.
Celebrity Breakups
Relationships
Celebrity Breakups
More From Relationships