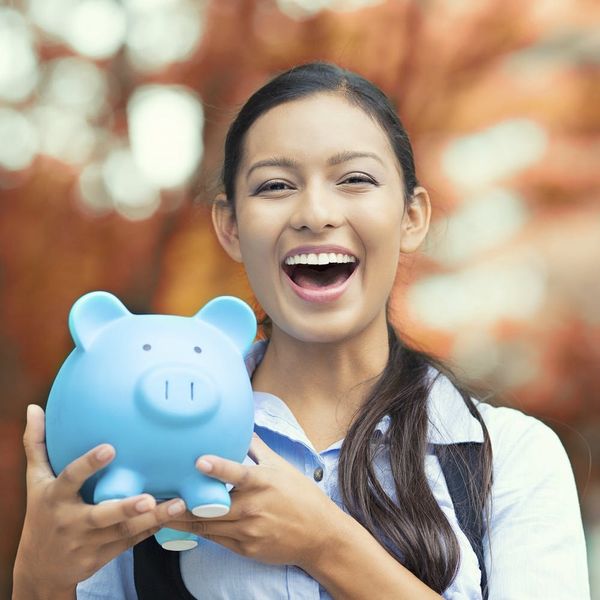 In 2008, Queen Bey singlehandedly empowered single women worldwide by giving them an anthem they could really own — and dance to, of course. In the near-decade since, “Single Ladies” has served as the ultimate girl-power song, providing singles everywhere a soundtrack for their adventures in independence. And while we’re obviously here for Beyoncé, we can’t help but wonder if that 2008 hit is falling just a little short of empowering our single sisters in every way they need. According to a new study from Fidelity Investments, single women are lacking some serious confidence in the finance department — and although we understand that this information would be tricky to work into a catchy song, we still think it’s worth sharing.

Fidelity released the results of its Single Women & Money study late last month. While the majority of respondents said they embrace having sole responsibility over their finances and believe it’s important to be engaged in money management, there was also evidence of self-doubt. According to Fidelity’s findings, single women are less likely than single men or married women to consider themselves knowledgeable about financial topics like saving and investing. “This perception may be holding some women back from taking the necessary steps to secure their desired financial future,” Fidelity wrote in a press release. That is not an option.

Obviously, we want women everywhere — whether they’re in a relationship or not — to feel confident and capable in handling and planning for their finances. Alexandra Taussig, SVP of Women Investors at Fidelity, says that this confidence often comes with simply taking the leap and learning by doing.

“When women do take steps to save and invest, we see positive results,” Taussig tells us. “In fact, when looking at how millions of our Fidelity customers save and invest, we’re found that women actually saved more and earned a higher rate of return on their investments last year. So single or married, women need to give ourselves a little more credit and stop holding back from getting more involved in managing our money.”

Taussig recommends a few core steps for singles who are lacking confidence in their financial know-how. Since research shows that women are more likely to worry about money than their male counterparts, she suggests establishing an emergency fund to cover three to six months of essential expenses. This type of “just in case” cushion can offer the peace of mind you need to make other, bolder financial decisions.

A clear financial plan is also key. “By identifying what you’re saving for and how long you have to save, you can then determine how to invest your savings so that it grows for the future,” Taussig says. Don’t let your insecurities about financial planning keep you from doing it. If there are things you want to have and achieve, you need a road map to get there. Once you have that plan, you can start researching the tools available to you to make that plan a reality.

“Single women — and all women — need to embrace our abilities as savers and investors, making it a priority to get more actively involved in making the most of our money and building our financial confidence,” Taussig says.

How confident are you in your financial know-how? Tweet us @BritandCo!

Alli Hoff Kosik
Alli Hoff Kosik is a freelance writer who is passionate about reading, running, rainbow sprinkles, her lipstick collection, watching embarrassing reality TV, and drinking pink wine. She lives in Brooklyn with her husband and (in her dreams, at least) three golden retriever puppies. Listen to her talk books on The SSR Podcast.
study
Adulting
study
More From Adulting