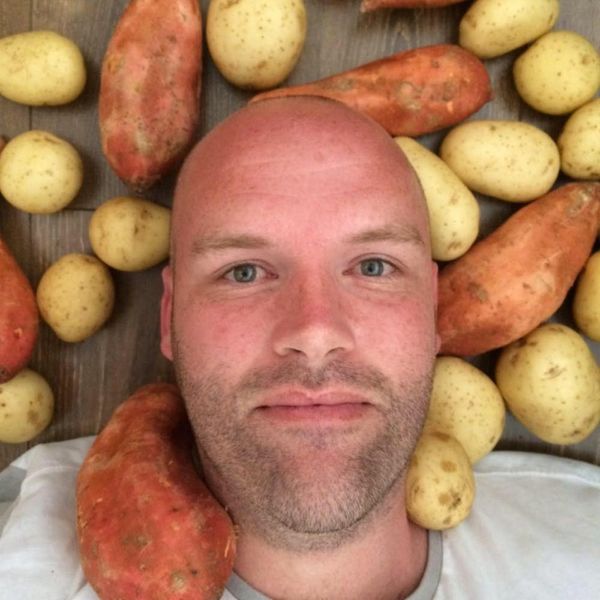 Step aside, taco cleanse. The Spud Fit diet has arrived and apparently it’s super effective. WTF is Spud Fit? Allow us to explain. It all started with Andrew Taylor, a 35-year-old dad from Melbourne, Australia. At the beginning of 2016 Taylor decided to try to eat only potatoes for a month and document the process on Youtube. After 30 days had come and gone Taylor lost 22 pounds so he decided to try to stick with the new regime for the rest of the year.

Before you head to McDonald’s for some fries all in the name of good health, there are some stipulations Taylor has included in his diet that make his unexpected weight loss a little less surprising. Taylor never uses oil when he cooks with the “vegetable.” Instead, he steams, boils or bakes his spuds. And this isn’t just like a potato-a-day sort of thing. Taylor says that close to 99 percent the calories he consumes every day come from potatoes.

So what exactly do the meals in a non-fried, all potato diet look like? For breakfast, Taylor has made spud pancakes and chowed down on some potatoes with barbeque sauce (yes, for breakfast). For other meals, Taylor has made roasted potatoes with garlic and smoked sea salt and for dessert, he’s even tried potatoes with a little bit of maple syrup drizzled on top. He has also replaced some standard pantry ingredients with things like potato flour, potato noodles, etc.

So, some final thoughts: Is eating only potatoes for an entire year a solid, sustainable meal plan? We’re not totally convinced but hey, if it works it works.

Cortney Clift
Cortney is the senior writer and special projects editor at Brit + Co. She typically covers topics related to women's issues, politics, and lifestyle. When she's not buried behind her computer you'll find her exploring New York City or planning her next big adventure.
Diet
Food News
Diet
The Conversation
Reviews:
More From Food News