Steph and Ayesha Curry Are Expecting Their Third Child! 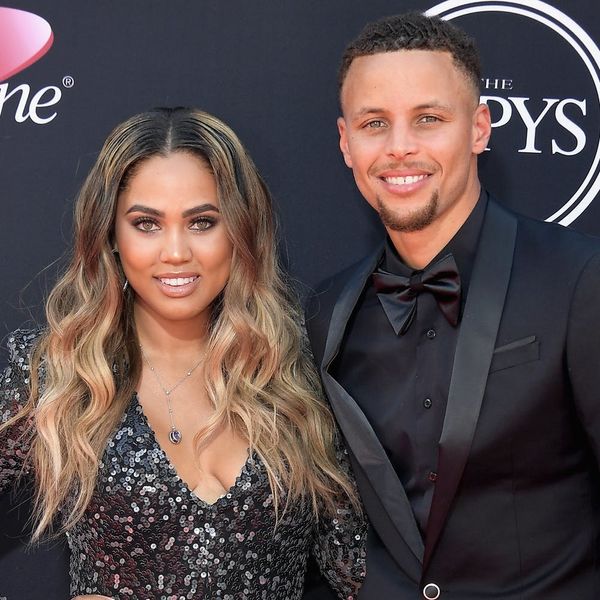 NBA Golden State Warriors superstar Steph Curry and his lovely wife, Ayesha, are one of our favorite couples — and they have the most adorable kids, to boot. Which is why we’re thrilled that they’ve just announced that they’re expecting their third child.

Ayesha took to Instagram to share the exciting news, posting a pair of pics that show her wearing a shirt that clearly says “PREGGERS” across the front. The soon-to-be mother-of-three added the caption, “Heyyyy how did this happen?!🤷🏽‍♀️. Curry party of 5.”

The 28-year-old added that while she’s “feeling very blessed,” she also happens to be “very sick.” Oof. Poor mama! She ended her message on a happy note, though, with a thrilled, “Yippie! #curryfor3 😍🤰🏽”

Married since 2011, the Currys are already the parents of two daughters, five-year-old Riley (whose adorable antics have made her quite famous in her own right) and two-year-old Ryan. (Anyone want to bet that their third baby will end up with a similar-sounding Ry- moniker?)

While we don’t know when the little one is due and haven’t heard what the 29-year-old dad has to say about the upcoming addition to their family, fans are definitely happy about the news. One commented, “Your babies are sooo adorable!!” We agree! And we’d love to hear what Riley has to say about becoming a big sister again.

Are you excited for another Curry baby? Let us know @BritandCo!

Desiree O
Desirée O is a ‘Professional Bohemian’ who loves anything and everything related to the arts, entertainment, and pop culture. She ADORES being a ‘Newsy’ for Brit + Co, covering all of the latest tidbits of awesomeness that you want to read about. When she’s not writing, she’s either making messy art, going on long adventurous walks with her camera, or poking around over at bohemianizm (http://www.bohemianizm.com/). You can find out about Desirée O and her work at http://DesireeO.com/ or follow her on Twitter @DesireeO.
Celebrity Baby
Celebrity News
Celebrity Baby Celebrity Couples Pregnancy Announcements
More From Celebrity News