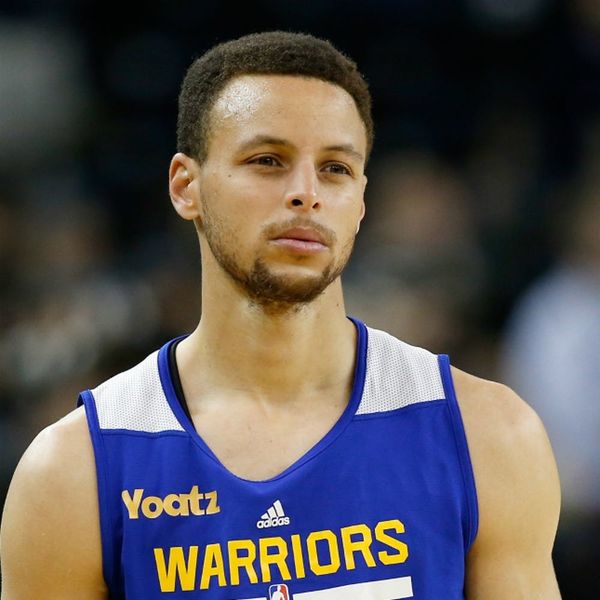 Whoa! We were genuinely surprised at how much we like Kim K’s new Kimoji update, and we really thought it would be the be-all-and-end-all of emoji keyboards for now. Well, we were wrong, and we didn’t even know how wrong we were. While Kim was dropping her new Kimoji update, Golden State Warriors basketball star Steph Curry quietly released his own emoji keyboard, and by this morning, it became the number one app on iTunes, beating out Kim and perennial favorite Minecraft (for mobile).

While we were surprised at first, Curry’s got a huge social following, with over six million Twitter followers, 11 million on Insta and another five milly on Facebook, and he’s decidedly less hated than Kim K can be via social channels. While Kim’s not going to get a ton of sports lovers downloading her keyboard, Steph’s got bball fans, social media junkies and even people who aren’t into sports because he’s just so cool.

What’s your most used emoji? Tweet it to us @Britandco!

Kat Armstrong
Kat has been a writer, social media maven and mom for longer than she's willing to admit. She's also spent time in front of and behind the camera, interviewing celebs, politicians and acting as a producer for fashion and artistic photography shoots. When she isn't writing for various orgs and publications, she's hanging with her kids, husband and French Bulldog, Peter, in Toronto, Canada.
Emoji
Celebrity News
Emoji
More From Celebrity News