This Study Shows Women Are Happier Than Men to Be Single 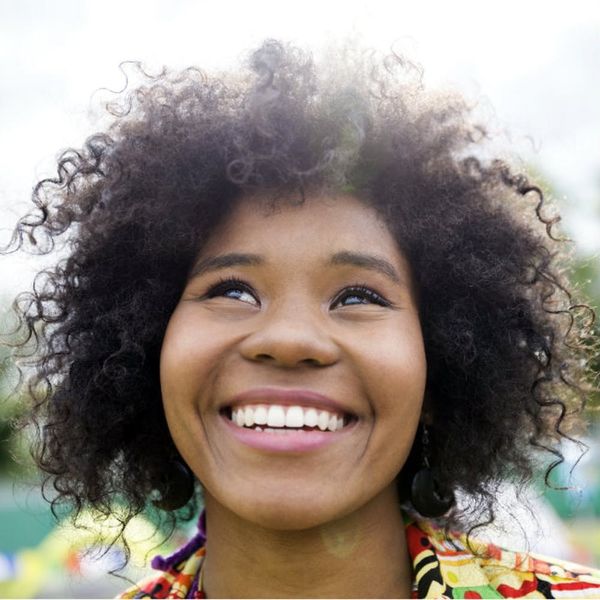 It’s commonly believed (yet totally false) that we can’t be happy if we’re not in a relationship. The jewelry industry wants us to believe that a diamond on our finger is the ultimate achievement, and the ever-increasing number of dating apps and platforms makes us feel like finding a partner is so crucial that we need resources at our fingertips (literally) at all times in order to make it happen. And don’t even get us started on all the times we know your mom has hinted that you might die alone with a bunch of cats if you don’t start going on more dates. It’s easy to feel like the world is telling you that being single is somehow wrong. The truth is, though, that there are many women who aren’t buying into the myth (hallelujah!).

Tina Wie, COO of matchmaking service Three Day Rule, isn’t surprised by these results. “In the past, women relied on their husbands to provide financial and economic support, but this is becoming obsolete as gender dynamics shift and women are being more educated and taking charge of their careers,” she says. “Making room for someone else in your life is often more difficult after you’ve lived many years on your own independently. The bar for adding a partner into the mix might be higher if you’re used to being unattached.” Wie and Three Day Rule were not involved in Mintel’s research.

Chicago-based Three Day Rule matchmaker Michela Hattabaugh, however, is less convinced that these statistics represent real attitudes among single women. “I think when people are answering this question, they are really thinking that they would rather be alone than be in a bad relationship,” she tells us. “Their satisfaction levels [around] their status as single are higher because they’re being weighed against a bad alternative.”

Regardless of how truly satisfied women are with their lack of a partner, Hattabaugh does note several reasons that they might be happier, at least, than their male counterparts. Based on her experience as a matchmaker, she suspects that women are content to be single because of the sense of independence that comes with being unattached, as well as the fact that single life typically means less stress and responsibility. Given recent developments in reproductive technology, women today are also under less pressure to partner up for the sole purpose of having a family. With IVF and sperm donors available as options to single women, ladies can experience the joy of motherhood without settling for what they might feel is a mediocre relationship.

Hattabaugh has this advice to offer singles, no matter how happy they are to be solo: “Treasure your single time, but don’t close yourself off to meeting someone wonderful. If someone is unhappy with their single status, it is really important for them to stay positive and be thankful for the other amazing aspects of their life. People who radiate a positive energy definitely attract in kind, so just when you might least expect it, you could meet someone!”

Do the results of this research surprise you? Do you think women are more content being single than men? Tweet us @BritandCo!

Alli Hoff Kosik
Alli Hoff Kosik is a freelance writer who is passionate about reading, running, rainbow sprinkles, her lipstick collection, watching embarrassing reality TV, and drinking pink wine. She lives in Brooklyn with her husband and (in her dreams, at least) three golden retriever puppies. Listen to her talk books on The SSR Podcast.
Relationship Advice
Relationships
Relationship Advice study