Sutton Foster Is Just as Curious About ‘Younger’ Season 6 as You Are: ‘It’ll Be a Whole New Ball Game’ 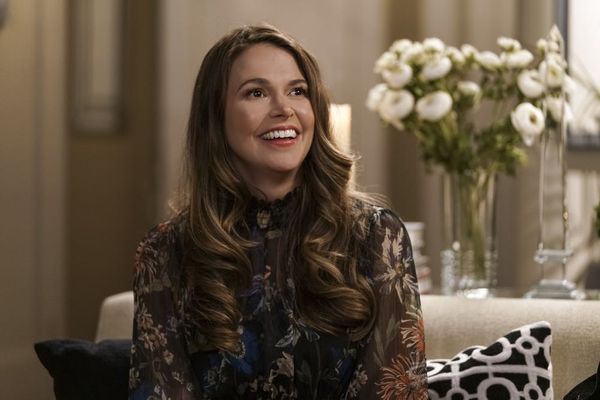 It’s no secret that we love Younger. We even wrote an entire story just listing the reasons why. The only thing we don’t love about it is having to wait for new episodes. Season 5 ended in August, and season 6 won’t premiere until sometime next year. We can’t wait to find out what happens — and neither can Sutton Foster, who plays Liza on the TV Land-turned-Paramount Network series.

“I think they just started back in the writers room [last week],” she told us in a recent phone interview to promote her JOANN partnership. “I don’t know anything, they don’t tell me anything, and I think they’re still figuring it all out, but it’s all happening!”

Read on for more from our interview with Foster, including her thoughts on Liza’s future, her love of crafting (she and JOANN recently hosted a fall-themed DIY event), and a possible return to the stage.

Brit + Co: What would you like to see happen next season?

Sutton Foster: I don’t know! They surprise me every year, but I trust the writers so much with Liza and her story. I’m a fan of the show too, so I’m kind of excited to see what they come up with. They’ve never led me astray — there’s never been anything that they’ve written or given me that I’ve gone, “Oh, no, that’s not right” or “She wouldn’t do that” or “This doesn’t feel authentic.” Everything feels right, so I’m super curious. And you know it’ll be good, in true Darren Star fashion.

B+C: We’ll talk about Team Charles vs. Team Josh in a minute, but the best relationship on the show is obviously Liza’s friendship with Kelsey. Do you think their dynamic will change with their new jobs next season?

SF: I’ll be really curious, because now Charles is on the outside, and they’re still trying to have a relationship, and Kelsey and Liza are kind of in charge now. Oh my goodness. I don’t know! It’s going to be drama-filled. It’ll be a whole new ball game.

B+C: As you mentioned, Charles is on the outside now. He and Liza looked a little worried in that last scene of season 5. Should Team Charles fans be worried?

SF: I think there’s always hope for Liza and Charles. I really think they love each other. But I also think that now they’re stepping into more of a reality of what their relationship is, and that’s complicated. So much of their relationship was sort of fantasy and “will they, won’t they” and stolen glances, and now we’re heading into real relationship territory. I’ll be super curious to see how it really plays out. I definitely think they have a romance, but Liza had a romance with Josh, too. So I don’t know. It’s hard for me to even pick. They both make sense to me, but that’s kind of what’s so great about it. It’s these two viable guys that are both kind of great, as opposed to, like, one’s an a**hole or something. It makes it more interesting.

B+C: Okay, let’s talk about Josh. What’s going to happen now that Clare is back in the picture? Is there still hope for him and Liza?

SF: I think so. Obviously it adds a huge complication. I mean, we have to sort of see how Josh reacts and what happens. I do think that in many ways, with a baby on the horizon, Liza’s going to step up and help Josh even more. I think they will always be in each other’s lives. And I think they love each other. I don’t know what the definition of that love is though. Is there romantic love still there? I don’t know!

B+C: We talked with Hilary Duff a few months ago, and she just had the nicest things to say about working with you. The whole cast seems really close, in fact.

SF: We all genuinely love and respect one another. It’s one of the best jobs I’ve ever had. We have so much fun on set. If anything, we get yelled at [for having too much fun]. Our first AD will say, “Stop enjoying each other so much!” And we all kind of have each other’s back. I think everybody realizes what a special job we have there, and what a special environment we have. So we take great pride in keeping it a positive, wonderful working environment. There’s just no drama. There’s no bad apple. And I think that reflects in the show. It’s just good-natured. Hilary and I are so different — we’re 13 years different in age — but just like the show, we all learn from one another, and there’s so much respect and care. And it makes a difference. We all kind of love coming to work, and I think that’s a special thing.

B+C: Is it true that you made the hat Liza gave Josh for Christmas last season?

SF: I did! I was crocheting a lot on set, our writers were like, “Well, Liza doesn’t have a ton of money, so let’s say that she crochets all of the gifts.” I read it in the script, and I was like, “I have to make them. I have to make all of the gifts.” So I made his hat, I made the scarf that Liza gives to Diana for Christmas, and I started making the poncho that she’s making for Maggie, which I never finished. I have it in a bag in the closet, and I thought, “I should finish that because they should put it in the show next year.” So if you see Maggie wearing a poncho, it’s probably the one that I made.

B+C: What else have you made?

SF: My New Year’s resolution was to make 10 baby blankets and try to make original patterns and then sell them for charity. So I’m finishing my 10th one right now, and I think next month we’re going to try to auction them off for an adoption charity. My daughter is adopted, so I thought it would be a great full-circle thing to be able to take my craftiness and give it back to my daughter and help other families.

B+C: You’ve done a lot of TV in recent years, but you actually started out performing on Broadway. Do you have favorite stage role of the ones you’ve done?

SF: I always feel like the role I’m playing is my favorite. I sort of pour myself into it completely. It’s hard for me to pick a favorite, because they’re all little pieces of myself. If I had to pick a complete experience — I just chose three different ones in my head — I would probably pick Drowsy Chaperone. Just because it was this real ensemble piece. That or Violet. That was a really special show.

B+C: Any plans to return to the stage anytime soon?

SF: I have a bunch of irons in the fire. To be honest, a lot of it is dependent on Younger scheduling. But I would absolutely love to come back and perform live again.