This Tech Will Change Tattoos Forever 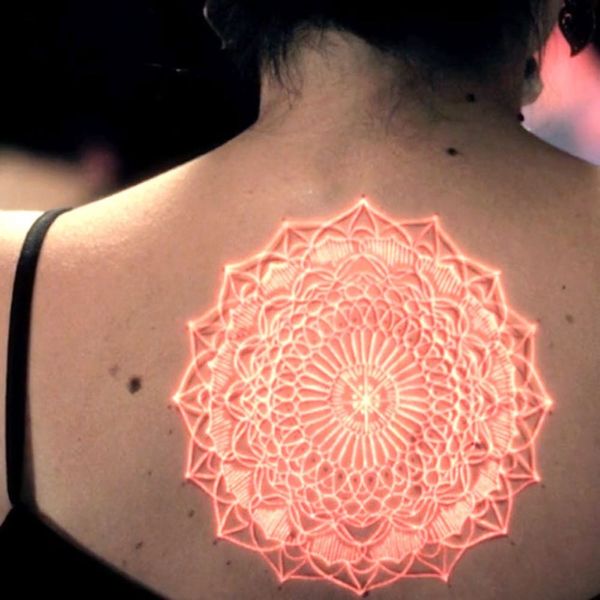 Our obsession with tattoos knows no end. From tattooed flowers to minimalist designs and mystical animals, we’re major fans of this inky craft. That’s why we’re extra fascinated by Oskar & Gaspar, two artists from Portugal who work with video mapping. It’s a cool technology that turns irregularly shaped objects into a surface to display video projection. The end result is sort of like an optical illusion.

Their company was the first to do face mapping, which is as amazing as it sounds. And for the past two years, they’ve been working on developing tattoo mapping. In an interview with BuzzFeed, Guillaume Alatak, the project manager for Oskar & Gaspar said, “We wanted to continue exploring the human body and we’re big fans of tattoos.” It’s an expensive venture, which is why it took them almost two years to find funding and the right people to be involved in the project.

After choosing select tatted people, they worked on the animations, which took them roughly a month, with the help of Eduardo Cavellucci and Igor Gama, their tattoo artist friends. A few months ago, Oskar and Gaspar held a live tattoo mapping event in Lisbon, Portugal. The results were stunning.

As a broadcasting and media production company, they want to use this technology in music videos and commercials as a new medium for storytelling with tattoos. Just think of how cool would it have been if they had been around while LA Ink was airing!

Would you sign up to get your tattoo mapped? Let us know in the comments below!

Diana Le
Diana enjoys living in her spinster girl apartment with her cat Slugbug. She loves singing third wave emo songs at karaoke, going out to brunch, hazelnut soy lattes, and the color orange. She likes wearing backpacks because it makes her feel like Mac from "Foster's Home for Imaginary Friends."
Posts that contain video
Lifestyle
Posts that contain video
More From Lifestyle