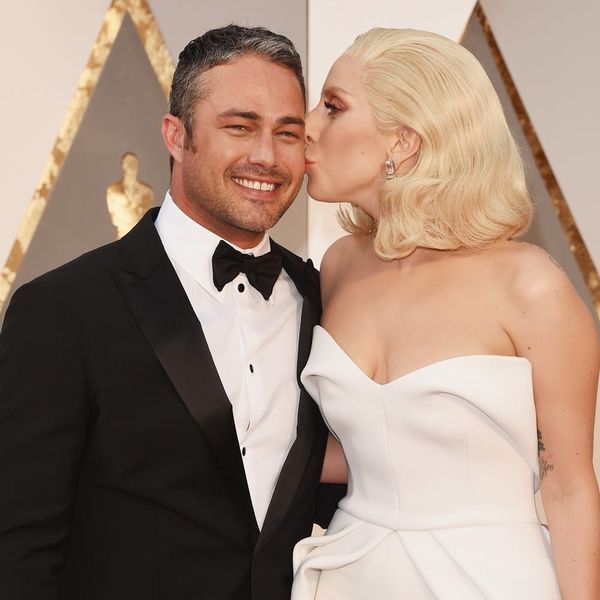 Lady Gaga and Chicago Fire star Taylor Kinney broke hearts around the world last July, when the pair announced that they were ending their engagement after five years together due to conflicting schedules. But hope was sparked anew for fans on Friday night, when Lady Gaga performed at Wrigley Field in Chicago to a sold out crowd… including one Taylor Kinney.

Mother Monster shared an emotional post at the time of their breakup, writing, “Taylor and I have always believed we are soulmates. Just like all couples, we have ups and downs and we are taking a break. We are both ambitious artists, hoping to work through long-distance and complicated schedules to continue the simple love we have always shared.”

With rumors of both Kinney and Gaga moving on to other people, it looked like the final curtain had dropped on their relationship, despite her call for fans to “please root [them] on.”

It wasn't a Perfect Illusion: Taylor Kinney really was in the audience at Lady Gaga's Chicago concert: https://t.co/ATsjk59YhQ pic.twitter.com/ouETGPDDGS

The 36-year-old was spotted by fans while taking in the show, posing for selfies and gazing up at the stage where his former paramour was holding court.

Though Gaga did not acknowledge her ex’s presence onstage, telling fans instead, “You know who my favorite person that’s from Chicago is? My little dog Asia,” fans did claim to see him headed backstage with his crew post-show.

He went backstage with his squad after the show. Y'all, please get back together. My otp.

Kinney or no Kinney however, the night was still a memorable one for the songstress: She was the first woman in history to headline at the historic field.

So proud to have been the 1st Woman to headline at Wrigley Field #joanneworldtour wih my manager and friend by my side! We love u Chicago! pic.twitter.com/8dvelRgYRH

Fingers crossed this won’t be the last of Gaga and Taylor after all!

Do you think these two will rekindle their romance? Vote yay or nay over @BritandCo.