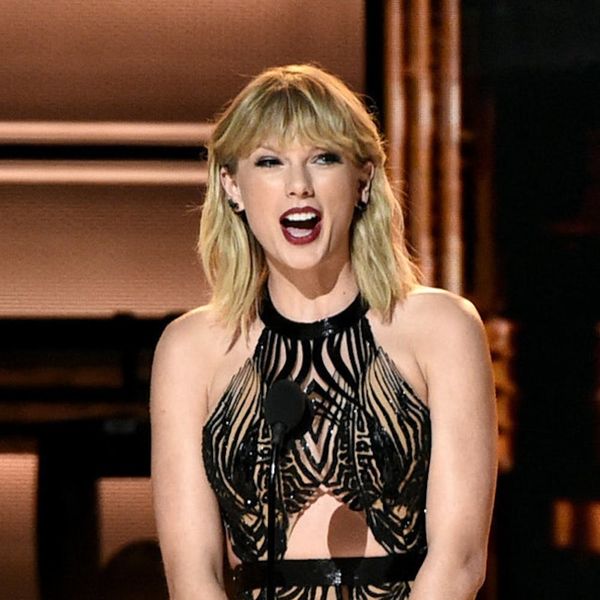 We’re just one week away from the release of Taylor Swift’s sixth studio album, Reputation (eee!), and if the now four released singles are any indicator, fans are in for a journey. The singer has just dropped a brand new track, “Call It What You Want,” that just may be her most telling yet.

Like the first two Reputation singles, “Look What You Made Me Do, and “Ready for It?”,”Call It What You Want” sees Swift once again pairing up with co-writer and producer Jack Antonoff. On the surface, it’s a low-key, catchy pop song, but underneath, Swift, 27, has some tales to tell, with the tune seemingly referencing her “Famous” drama with Kim Kardashian and Kanye West, her year out of the spotlight, and her reported current relationship with actor Joe Alwyn.

“My castle crumbled overnight / I brought a knife to a gunfight / They took the crown but it’s alright / All the liars are calling me one,” she sings. Ouch!

Unlike the vengeful tone of the first two singles, however, the songstress Swift is also more reflective, singing “Nobody’s heard from me in months / I’m doing better than I ever was.”

She has good reason for that — as she reveals in the song, it’s her BF, Joe Alwyn, that’s helped her to heal, with the chorus ringing out, “‘Cause my baby’s fit like a daydream / Walking with his head down / I’m the one he’s walking to / So call it what you want yeah, call it what you want to.” Awwww!

Fans think it’s the most “Old Taylor” she’s sounded in her new music yet, though there’s still evidence of growth. As with her previous new releases, fans have even pointed out the personal evolution in the story line in comparison to her former hits, including 2008 hit “Love Story.” Where the Grammy-winner once cried out for a Romeo to save her, for instance, she’s now assuring him he doesn’t need to.

Love Story: “Romeo save me”#CallItWhatYouWant “You don’t need to save me” pic.twitter.com/HA1QaoXFR2

We can’t wait to see what she cooks up for her special live performance set to air during next week’s Scandal on ABC!.

What do you think of Taylor’s new song? Let us know @BritandCo!