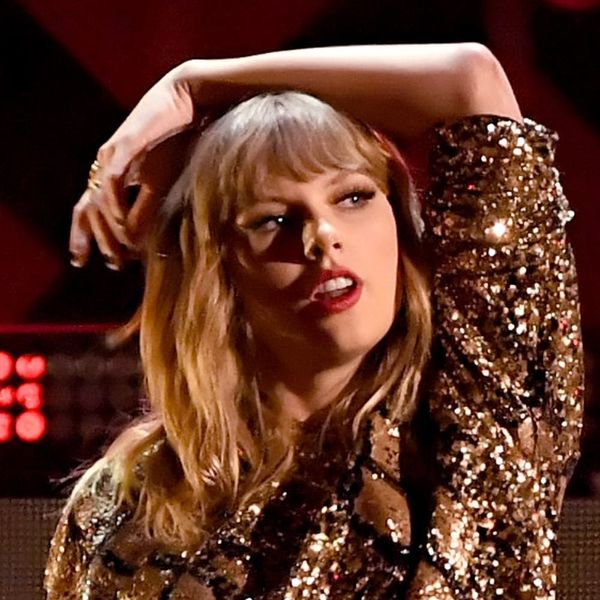 “I’ve been wanting to tell you this for a really long time but the opening acts for the Reputation stadium tour are Charli XCX and Camila Cabello,” the 10-time Grammy winner exclaimed in a video posted to Twitter and Instagram. “I’m really excited. I hope you are too and I can’t wait to see you. Can’t wait to see them. Really excited just about the whole thing in general.”

But it seems no one was more excited than Cabello, who, dare we say, is about to be living her wildest dreams. “On every level, this is a dream come true,” the former Fifth Harmony member, who dropped her self-titled solo album in January, captioned a video of her jumping up and down, screaming, and belting Swift tunes on Instagram. “As a fan, I’m going to be singing every song at the top of my lungs. As a friend, it’s a GIANT SLEEPOVER. As the girl who had a Taylor Swwift poster in her room when she was 14 and wanted SO BADLY to go to the Speak Now tour (distinctly remember my friends going to school the next day raving about it and me like), IT’S A DREAM. As the girl who would sing ‘Hey Stephen’ thinking of the boy in class who didn’t know my name LMAO, it’s. A. DREAM. also, @charli_xcx WHO I ADORE, WHAT?!!!!!! this is going to be so much fun!!!! thank you @taylorswift for having me from the bottom of my heart, i love you so much !!!!!!!!”

Rumors that the “Havana” singer would be joining Swift on the 51-date world tour, which kicks off May 8 in Glendale, Arizona, began earlier this week when a Portland, Oregon, radio station tweeted — and deleted — a contest flyer to see the pair perform at London’s Wembley Stadium in June. But the addition of Charli XCX was an unexpected bonus surprise for fans.

“I AM SO EXCITED THANK U TAYLOR FOR HAVING ME,” the “Boom Clap” singer tweeted after the news broke, adding, “can i officially be the bad influence on the #ReputationStadiumTour ??? (just kidding….. or am i??)”

While details of the tour remain scarce, Swift has trickled out tiny teases on social media. “Repu-hearsals,” she captioned an Instagram selfie where she stood in front of sound equipment and instruments February 12. And in a cheekier post, she shared a photo of her beloved cat Olivia Benson, with her leg pointed upward, writing, “We are all stretching to prep for that tour choreo.”

One question, Swifties: Are you “ready for it?”

Do you have plans to see Taylor Swift’s Reputation tour? Tell us @BritandCo!