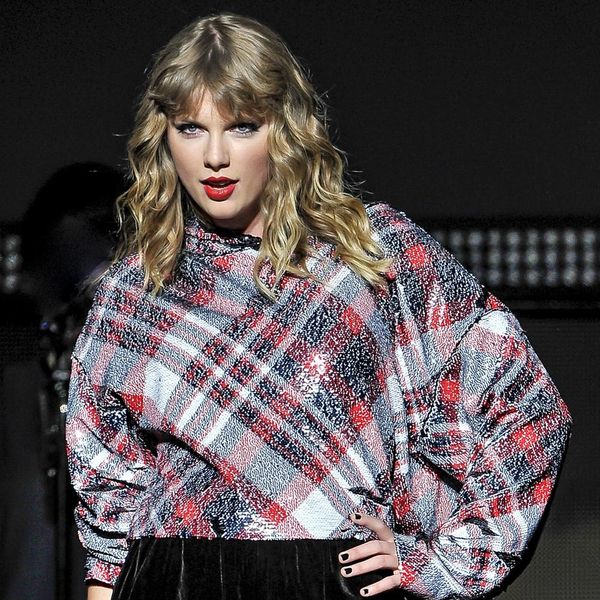 As promised last week, Taylor Swift dropped her new music video for “Delicate” during Sunday night’s iHeartRadio Music Awards, and it’s a look at what Tay’s life might be like if she could escape her fame by being invisible for just one night.

The video opens with Swift looking weary of doing interviews on a red carpet. Mid-interview, someone hands her a mysterious note. While we don’t know what the note says, it seems to have magical properties: After reading it, Swift realizes no one can see her.

She immediately starts dancing like no one is watching, first through a hotel lobby, then on the subway and into the streets of Los Angeles.

“The joy of Taylor dancing in the rain is real,” director Joseph Kahn said on Twitter. “In the freezing cold, she loved doing that.”

Fans were immediately taken by the clip, relating to both her joyful dance moves and the goofy faces she makes at herself in the mirror.

What I send to my crush vs my best friend 😂 #DelicateMusicVideo pic.twitter.com/P5hOBVEyeT

and @taylorswift13 is me when I listen to Delicate™ on the Metro every morning thinking about my crush, spot on 😭 #DelicateMusicVideo pic.twitter.com/Tva67t0KC3

And what would a video from Swift’s Reputation album be without some references to decode? In “Delicate,” many pointed out that, at around the 3:15 mark, a sign in the background of a city street reads “Joe’s Deli,” a seeming subtle shout-out to Swift’s boyfriend, Joe Alwyn. The lyrics of the song have been thought to be about him, making the nod all the more special.

While Swift wasn’t in attendance at the iHeartRadio Awards, she managed to win the trophy for Best Female Artist, too. We’d say it was a pretty successful night all around.

What do you think of the “Delicate” video? Let us know @BritandCo!