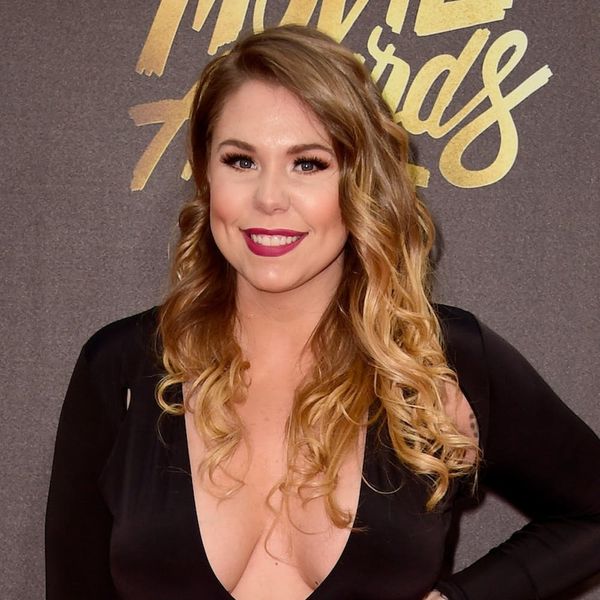 A new Teen Mom baby makes an appearance and Aaron Carter splits from his GF in this morning’s top news stories. Check out those and more below in the Monday Morning Buzz.

1. According to reports this weekend, Teen Mom 2 cast member Kailyn Lowry welcomed her third son. Lowry herself seemingly confirmed the news with a rather unexpected tweet. “I still don’t have a baby name,” she wrote, complete with crying-laughing and little blue heart emojis. Lowry revealed that she was expecting back in February, and while at the time she said the situation wasn’t ideal (she later confirmed the father was friend Chris Lopez), she was nonetheless excited to have a third child. The new, still-nameless baby boy joins big brothers Isaac and Lincoln. Congrats to all! (h/t E!)

2. Aaron Carter and girlfriend Madison Parker have split. Carter opened up about his sexuality in an empowering note to fans over the weekend, and now in a statement to People, his rep has revealed that he split from girlfriend Madison Parker. “Aaron and Madison love each other and respect one another dearly,” the statement said. “It was a mutual decision and Aaron’s personal statement released speaks for itself. Now back to the music.” Carter hasn’t commented on the breakup yet, but he did say he has been overwhelmed by the love and support fans have shown him following his personal note. All the best to him going forward. (h/t People; photo via Frazer Harrison/Getty)

3. Kylie Jenner says fame isn’t for her and sometimes she just wants to run away. Jenner’s new show Life of Kylie premiered on E! last night, and it’s already delivering on the promise of showing another side of the youngest KarJenner. Throughout the episode, Jenner struggled with knowing her life is privileged and extraordinary, while at the same time feeling trapped by the fame. “I for sure didn’t choose this life, but I’m not going to say that I’m totally innocent, because I am keeping up this lifestyle,” she said, admitting that one of the reasons she keeps it up is for her booming business, Kylie Cosmetics. “I just feel like this fame thing is going to come to an end sooner than we think,” she added to BFF Jordyn Woods. “I’m getting that bug again, where I just want to run away. I just don’t know who I’m doing it for.” Ultimately Jenner decided to focus on the things that really matter and try her hardest to make moments and memories more suited to a normal 19-year-old. (h/t ET; photo via Dia Dipasupil/Getty)

4. “Despacito” just became the most-watched YouTube video EVER. Okay, this is SO much bigger than song-of-the-summer status. “Despacito” (the original by Luis Fonsi and Daddy Yankee, not the remix with Justin Bieber) was released just seven months ago but has already become the most-watched video in YouTube history, with more than three billion views. Psy’s “Gangnam Style” held the title for four years until very recently, when Wiz Khalifa and Charlie Puth’s “See You Again” took the top spot for a short stint last month. (h/t Mashable)

5. OMG: Charli XCX and Halsey’s Spice Girls cover is exactly what you need to start your week. With so many amazing women performing at Lollapalooza over the weekend, it seems only fitting that Girl Power got a shout-out! During Charli XCX’s set, she invited her good friend and tour mate Halsey on stage for a cover of Spice Girls’ “Wannabe,” and we can’t help but get hype watching it. Check it out above, and while you’re at it, slam your body down and zig-ah-zig-ahhh! (h/t Cosmo)

6. Quote of the day: “I never dreamt of success. I worked for it.” These words from Estee Lauder should be all the #MondayMotiviation you need today.

What is motivating you this week? Let us know @BritandCo!