The Bachelor Recap: Too Smart for Arie 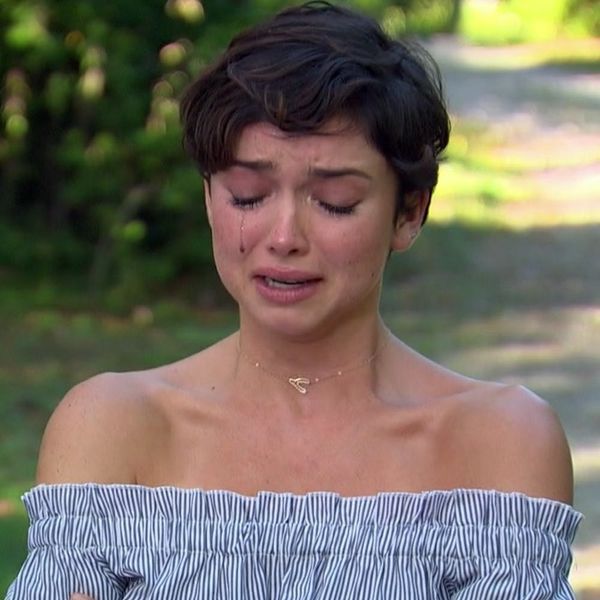 Last week’s episode of The Bachelor finally kicked this season into high gear with a bloodbath elimination of both villains. But was that the season’s rapid peak? Are there any women left fascinating enough to keep us interested in boring tongue commando Arie? Better yet, will Arie keep any of our curious favorites like definitely-not-missing-person Bekah or potential human flesh eater Kendall when many of the other ladies are so suitably forgettable? No pressure, Arie. Don’t do it for us. No one will be happy with your decision and you always have a lot of spin-off potential if you get it wrong this time. Bachelors in Space feels totally right for you.

It’s the week before hometowns and three of these seven ladies need to be sent back to their families alone and broken. First up for one-on-one dates is Becca K., and lest I sound like a broken record, she’s still one whose name I have to look up on Wikipedia every time she appears. She lets us know that this is her first one-on-one date since she received the first one-on-one earlier in the season. I mean, I believe you if you say it even if I don’t at all remember it. She and Arie enjoy a characteristically snoozy picnic and Arie is reminded of the spark they had in the beginning, giving her a rose just as I start to nod off a little bit.

Jacqueline seemingly defied all odds of being unmemorable to make it this far, though she has one very interesting strike against her. Arie isn’t the brightest of bulbs and Jacqueline is smart enough to be pursuing a PhD. She has six years of school ahead of her and this reads to Arie as her not knowing exactly where she wants to be in life. Uh, Arie, I know you don’t know a whole lot about higher education but that’s a pretty firm life plan! Jacqueline’s uncertainty and the feeling that she sabotages everything leads her to quit just as I’m starting to remember her name. Farewell, Jacqueline. Being in love with your research is not so bad.

The last surviving Lauren scores another one-on-one just one week after she mumbled her way to a passionate declaration of interest from Arie. On this snoozer of a sightseeing date, Lauren continues to be the strong silent type and Arie hopes for a breakthrough later at dinner. Lauren is a little worried about introducing him to her family but tells him that she’s happy to break down her walls and she’s falling in love with him. Um, cool! Arie has to excuse himself and she goes into panic mode but he comes back gushing about how much he’s falling deeply in love with her and he gives her a rose. Last surviving Lauren is seriously the front-runner here and I get it, but something tells me I’m going to be napping a lot during the finale if she’s still around.

Seinne gets by far the coolest sounding one-on-one date. She gets to go truffle hunting! I mean, it’s not the most exciting because it doesn’t involve camo and shooting unsuspecting truffles, but it’s certainly more interesting to watch than, like, a picnic. It’s a charming enough date and everything seems to be going well but suddenly Seinne shows a side of herself that Arie doesn’t know how to reconcile. She’s logical. He says it like it’s a dirty word. She’s falling for him in a very reasonable step-by-step way while he’d like to follow his heart on this journey. “Logical” is clearly a little too close to “smart” and Arie tells Seinne that he doesn’t feel like they’ve come far enough together for her to get a rose.

Finally, it’s a group date with Kendall, Tia, and Bekah M. Bekah has rubbed Tia the wrong way too many times and Tia can’t let the date go on without telling Arie that Bekah isn’t serious or experienced enough to be here. Tia’s not one for talking behind people’s backs, or at least not without telling them she did so. When she levels with Bekah, Bekah breaks down and runs to Arie crying about how she’s misunderstood. He comforts her and reassures her that he knows she’s here for the right reasons. He gives a rose to Kendall, perhaps because she didn’t cry or trash talk anyone. Later at dinner, he has tender moments with both of the ladies, but Tia ends up pulling through, leaving Bekah a sobbing mess while Arie sheds a single tear. Onto hometowns.