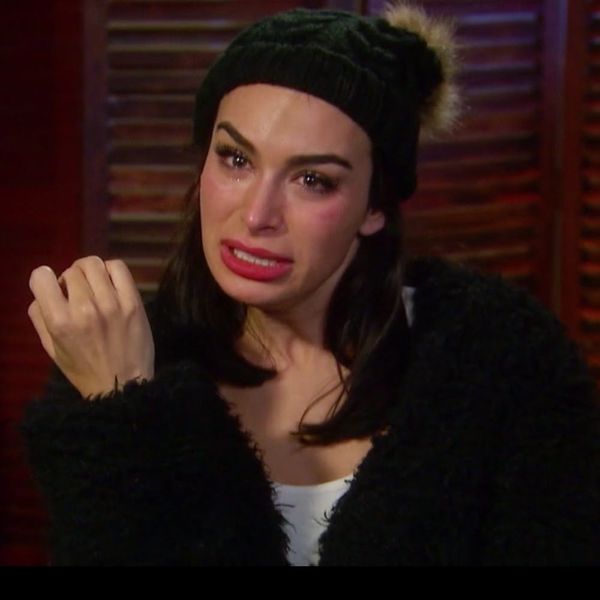 Just as I was getting comfortable with a reasonable amount of women on this very boring season of The Bachelor, here come 27 winter sports enthusiasts to hurt my head as I try to keep up with all of them. I mean, it’s much easier than trying to keep up with actual Olympians, but with the added confusion of throwing international contestants into the mix, this is a bit too much for our brains to take during the longest winter ever. Of course we’ll immediately remember some of these lovesick snow angels because they need another chance at love or redemption, but let’s try to remember and forget the rest of them together even if we’re a little broken over the fact that one of our faves is missing.

Ben (22nd Bachelor) Ben and Lauren are no longer together, so it’s time to hit the slopes to find love! Just be safe, Ben. Skiing is actually terrifying.

Bibiana (Arie’s season) She was totally crazy but she swears she was only ever crazy that one time that was actually two times just a month ago. Eek! She immediately falls for Canadian Kevin, who looks like James Marsden with extra forehead.

Dean (Rachel’s season, Paradise season 4) Baby bro went from America’s sweetheart to reviled player in the course of a few months last year. So, not only is it redemption time, it’s time to figure out how Dean can spend so much time being on television. He and Lesley are already the couple to watch.

Clare (Juan Pablo’s season, Paradise seasons 1 & 2) She swore she was retired from the franchise, but that was before Winter Games existed, y’all! She’ll have to decide between two international babes. What’s an un-retired bachelorette to do??

Josiah (Rachel’s season) He swears he’s less cocky than when he was on The Bachelorette but then has to check himself for being cocky in his introduction. Huh. He gravitates toward New Zealand Ally and admires her big butt.

Lesley (Sean’s season) Lesley has been through a lot since her season of The Bachelor. Her mother was diagnosed with breast cancer and she tested positive for the gene that makes it much more likely that she’ll get cancer. She’s recently had a double mastectomy and reconstruction, leaving her a little shaky with her confidence, but maybe Dean is older and wiser enough to deserve this rad and brave lady. Tread carefully, Baby bro!

Ashley I. (Chris’s season, Paradise seasons 2 & 3) Oh, boy. Ashley is the actual worst. The self-proclaimed very dramatic virgin is here because she was told by a psychic that she was going to find love on an international adventure. Girl, you’re in Vermont. She’s convinced that Canadian Kevin will want her even though he’s already getting cozy with slightly less nutty Bibiana. Ashley’s in for serious tears. But serious tears. This girl cries like a busted pipe.

Luke (JoJo’s season) Luke’s there! That’s pretty much all we get.

Eric (Rachel’s season) Eric’s ready for magic to happen! We’re pulling for you to finally fall in love for the second time ever, man.

Zoe (Bachelor China) See above, since they’re already just shoving these two women together, but Zoe does speak English.

Kevin (Bachelorette Candada) He was engaged just six months ago and he’s ready to find love even if he’s still really sad aboot it. Okay, I’ll stop. He wonders how Bibiana can possibly be single. Should I tell him? He’s also seen Nickelback 27 times and admitted it because he just doesn’t know.

Benoit (Bachelorette Canada) He’s one of those French-Canadians, so watch out, ladies! He can say the meanest things in French and you’ll think it’s sexy! He’s super into Clare, especially when she jokes that she’s pregnant. Sacre bleu, y’all.

Nastassia (Bachelor Sweden) Yeah, the Swedish girls were just kind of thrown into this without much of an introduction and it was established that American men love Swedish women, so cue the blonde jokes, I guess.

Laura (Bachelor UK) She flipped the Bachelor off when he sent her home and I’m into it.

Tiffany (Bachelor Australia) Immediately, we’re drawn to the fact that she fell in love with another woman on her season. She’s into men… and women. When will this franchise treat bisexuality as anything other than a curiosity?

Courtney (Bachelorette Australia) He made it to hometowns but didn’t fall in love. This is a quicker timetable, buddy. You’d better learn to fall in love and thaw that icy heart of yours quick!

Jenny (Bachelor Finland) Jenny was really sad when she was eliminated on her season. How notable!

Lily (Bachelor New Zealand) Lily wasn’t that upset when she was eliminated on her season. How notable!

Ally (Bachelor New Zealand) Ally has a tattoo of a sloth on her butt. Actually notable. While practicing for the first event, she falls and bruises her butt. Yep. This whole show is going to be about Ally’s butt.

Jordan (Bachelor New Zealand) He was the second New Zealand Bachelor! Please stop, it’s too many people. You know how I feel about this.

The first challenge is a characteristically boring skiing/paintball biathalon, where most of the participants fall and injure themselves because SKIING IS REALLY HARD AND TERRIFYING. Because this is a fairly regressive and rigid franchise, men compete against men and women compete against women for date cards. Canadian Kevin gets the men’s date card and chooses Bibiana, leading to a very ugly cry from Ashley. Swedish Rebecca wins the women’s date card and chooses Luke, prompting tears from no man. Because these shows can’t be any longer than they already are, the dates are fairly straightforward make-out sessions and make for a good bathroom break.

This all leads to the first rose ceremony, where SHOCKER, Chris Harrison (UGH) informs them that they must cast a vote, not for who they want to continue dating, but who they want to send home. Game changer or Survivor rip-off? Either way, it immediately looks like Josiah is in trouble because he’s rubbed Clare and British Laura the wrong way. Ashley is also maybe on ice (heh) because who wants to see her cry anymore? Who’s not here for the right reasons??? Ultimately, British Laura and Jamey don’t receive roses, but more notably three people of color, Zoe, Eric, and Lauren G., are sent home. Must be a coincidence, right? It’s going to be a long two weeks.