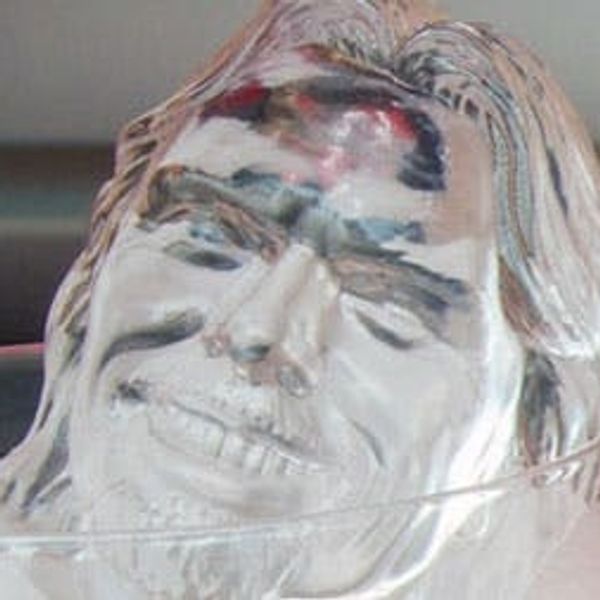 Things are downright loco here at Brit HQ! From Cinco de Derby recipes to our obsession with Uber SF’s On-Demand Cuatro de Mayo party to our Cinco de Mayo Jello Shots, we can’t help but feel festive and excited for a fiesta-filled weekend. But, before we get the party started, here are a handful of odds and ends that made us giggle, wonder, and reblog.

Richard Branson Ice Cubes: We’ll kick it off with the most ridiculous ice cubes we’ve ever seen (er, read about). According to this article on Shortlist, folks who are fortunate to travel in the new Upper Class Cabin will also have the pleasure of cocktails donned with Branson’s icy likeness. Hmmm.

Infinite Note Taker: It’s not quite infinite, but we’ll take it! We love this miniature version of a deli-style roll of paper. Could also be really fun for creating a super long drawing.

: You may have seen this on

, but it really is one of our favorite things this week. Aside from Pixel (obvs!), our faves are definitely Pica, Dingbat, and Vector.

A Purse That Charges Your Phone: Revealed earlier this year at London Fashion Week, this Richard Nicoll x Vodafone purse is about to revolutionize our dependence on finding that lone free plug at Starbucks. You charge the back at home via a traditional outlet. Once fully charged, the bag can reportedly charge handsets and tablets alike for at least two days. There’s even an LED light on the bag’s Bluetooth-enabled charm that flashes to indicate mobile activity. Amazing!

MacBook Pro Perfume: And now, the moment you’ve all been waiting for! Well… this isn’t real just yet. It’s currently being developed as part of a gallery exhibition in Melbourne called “De facto Standard.” The fragrance itself, conceived by Air Aroma with a team of artists known as Greatest hits, mimics the scent of “an Apple product being opened for the first time.” It’s not available for sale, and probably won’t be. But you can try to catch a whiff if you’re down to frequent the Australian art circuit.

Heat Changing Love Mug: From perfumery to your morning cup of joe, this sweet pixelated heart mug changes color as it heats up. And yes, it makes us feel all sorts of warm and fuzzy inside. ;)

Frozen Beer Foam: Leave it to Japan to come up with crazy beer innovations that you have to see to understand. Since beer is best served cold, they’ve developed frozen beer foam to ensure no beer goes warm! It is dispensed out of a frozen yogurt-like machine and is created by blowing air into beer as it is stirred and chilled to a frosty -5 degrees Celsius. Brrr!

Electronic-Focusing Eyewear: You know when you’re using a manual focus camera and you just can’t get the focus quite right? You keep turning knobs and then… finally, there it is. A clear picture. Well, PixelOptics has employed the same idea to eyewear. It doesn’t use the same technology, but it does involve turning a dial on the side of your glasses to focus in on what’s around you. PixelOptics has labeled it emPower and describes how “a touch of the temple or tilt of the head activates a layer of liquid crystals in each lens, instantly creating a near focus zone.” Whoa.

has taken a rubber plunger (“never used, of course”), attached it to an industrial ceramic fixture and topped the whole thing off with a chrome-topped bulb. This little darling can be used as a desk lap or a hanging sconce. Love it!

Miniature Furniture Waffle Iron: It’s mini so there’s one point there. It involves waffles, so that’s ten more points. And it somehow manages to involve interior design? A million points!

Anjelika Temple
As Co-Founder and Chief Creative Officer of Brit + Co, Anjelika Temple brings her voracious consumption of all things creative and colorful to DIY projects, geeky gadgetry finds and more. When she's not DIY-ing her heart out, you'll find her throwing dinner parties with friends or adventuring with her husband David, their daughters Anokhi and Indira, and their silly dog Turkey.
BritList
Home News
BritList
More From Home News