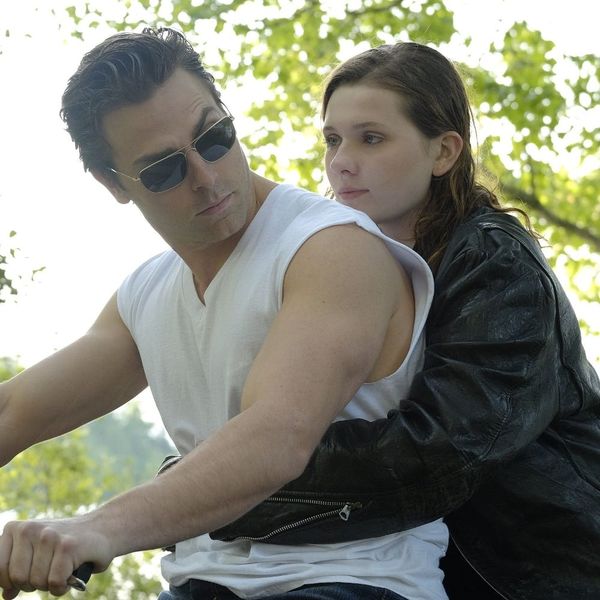 If you were brave enough to watch last night’s Dirty Dancing remake, then you were surely cringing HARD throughout. Though the promised changes to the classic script attempted to put a new twist on the beloved story — like Lisa’s interracial crush and the glimpse we got into Baby and Johnny’s future — nothing (NOTHING!) could save this lifeless retelling. And if the way viewers dragged it is any indication, they were definitely less than impressed.

While there’s no denying that any remake of Dirty Dancing has A LOT to live up to (with plenty of fans feeling like it shouldn’t be remade at all), ABC’s version was simply… well, brutal. At least, if Twitter reactions were any indication.

With lead actors that arguably lacked chemistry, unnecessary alterations, and way too many WTF moments, fans of the original were absolutely lit over the remake.

This is so bad. But I can't stop watching. #DirtyDancing pic.twitter.com/vFxketDXP6

This #DirtyDancing remake is like your child's middle school play that is terrible so you just sit through it like pic.twitter.com/CTUv6fKHGA

And were quick to compare the current cast to the original…

Theory: the actors in ABC's #DirtyDancing are the only people who auditioned for these roles

Everyone on my timeline is asking why ABC didn't cast better dancers.
Answer: real dancers know that you don't mess with #DirtyDancing

And Baby’s dancing? Just… no…

This #DirtyDancing version is awk bc Baby is supposed to be getting better at dancing, but she's getting worse.

"can i copy your work? yeah just don't make it obvious" #DirtyDancing pic.twitter.com/W6xgLHMhKj

We got the best dancing we're gonna get from Abigail Breslin in Little Miss Sunshine. #DirtyDancing pic.twitter.com/7XU16O6ISr

Though the ending followed through by showing us Baby and Johnny years later, it was beyond obvious that it was a HUGE mistake…

And no one was shy (at all!) about sharing their offended sensibilities…

On a scale of 1-10 this remake is probably somewhere around a -46. Worst idea ever. Terrible casting. Zero chemistry. #DirtyDancing pic.twitter.com/Wx0aNMeMRb

Nobody puts Swayze in the corner. This #DirtyDancing reboot doesn't compare. pic.twitter.com/o51c4zBrwi

The producer of the remake is probably saying this right now😂😂 #dirtydancing pic.twitter.com/ttItSIMDWu

Frankly, the most entertaining part of the remake was the hysterical tweet-storm it provided…

Although ABC can still redeem themselves…

If ABC was smart, they'd run the original #DirtyDancing the next three nights in primetime without commercials, as penance for their crimes.

What did you think about the Dirty Dancing remake? Let us know @BritandCo!