The Impossible Burger Is Finally Coming to a Grocery Store Near You! 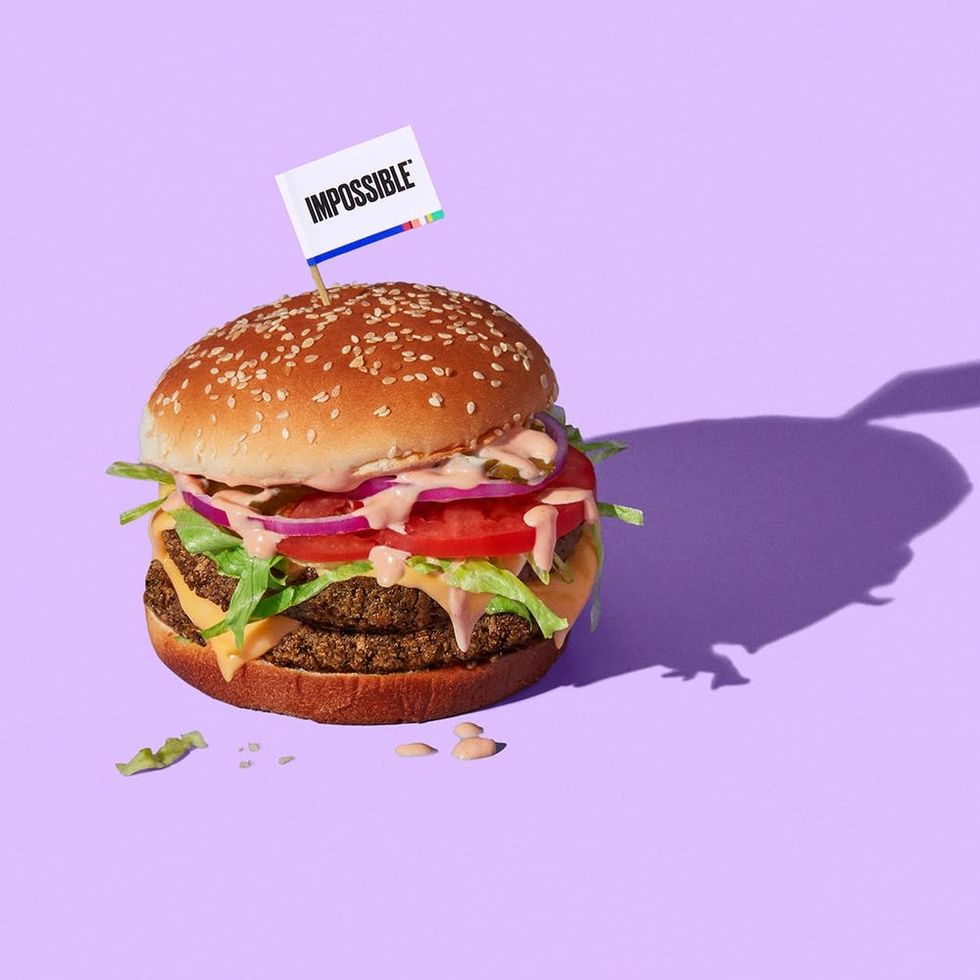 The plant-based Impossible Burger has become a cult favorite among foodie vegans, vegetarians, and those just trying to cut back on their meat intake, because it really does cook up and taste exactly like ground beef — plus it provides 20 grams of protein per patty. Over 13 million burgers have been consumed in about 5,000 restaurants across 50 states since the product’s debut in July 2016 at David Chang’s NYC-based Momofuku Nishi eatery. Over 39.1K posts tagged #ImpossibleBurger have been shared on Instagram. The love for the meat-free burger is real, which is why the brand has announced it will sell the Impossible Burger in U.S. retail outlets starting in 2019.

Soon enough, you’ll be able to shop for Impossible Burger in grocery stores. In a press release sent by the brand, the company’s CEO and Founder Dr. Patrick Brown said, “By far the number one message from fans on social media is, ‘When will I be able to buy and cook the Impossible Burger at home?’ We can’t wait until home chefs experience the magic and delight of the first plant-based meat that actually cooks and tastes like meat from animals — without any compromise.” Though we’re just as anxious as you to learn when and where exactly, those details will have to wait. The brand isn’t releasing any more info for now.

If we had to guess, we imagine Impossible Burger will come in packaged bricks of the plant-based “meat” (the blend of textured wheat wheat, coconut oil, potato protein, and plant-based heme, AKA the red stuff in meat that makes it caramelize and taste so juicy, savory, and delectable). That way you can shape it into your own burgers or cook it up like ground beef with taco seasonings, form your own meatballs, or sprinkle on top of pizza for a sausage substitution. We’ll know more after we visit the Impossible Foods HQ today, so stay tuned for more details.