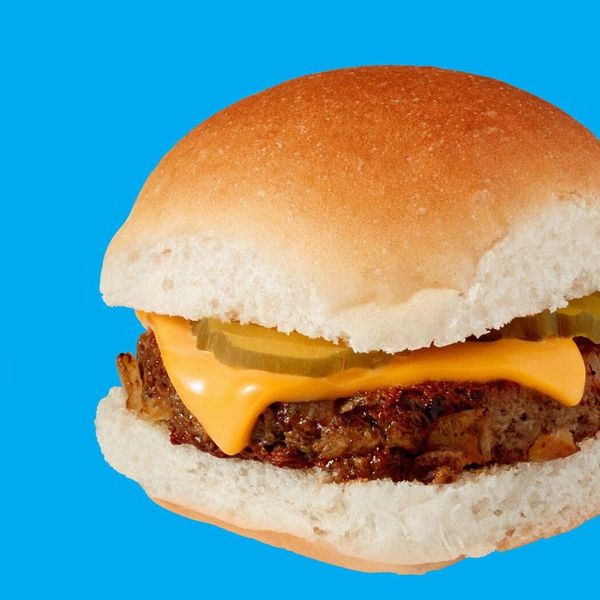 You’ve probably never thought of White Castle as a place to get vegan food, but as of today, the home of the Original Slider is also the home of the Impossible Slider. White Castle now offers its signature mini burgers with 100% plant-based Impossible Burger patties, meaning vegans and vegetarians can now order charred, juicy meatless burgers to go with their fries.

The Impossible Slider ($2) is cooked well done and lightly charred on the griddle, topped with smoked cheddar cheese, pickles, and onions, and sandwiched in a classic White Castle bun. After a successful trial run in several East-coast locations (White Castle CEO said in a press release that sales “exceeded expectations”), the Impossible Slider is now available at all 377 White Castle restaurants. It’s the first national fast-food chain to sell an Impossible Foods product.

Does this mean more major food chains will start to sell versions of the Impossible Burger? We hope so. The “bleeding” wheat- and potato-based burger, which debuted in 2016, is sold at 3,000 locations globally — and there’s already a petition asking McDonald’s to sell vegan burgers.