The Power of “Predator:” What the Label Means and Who Deserves it 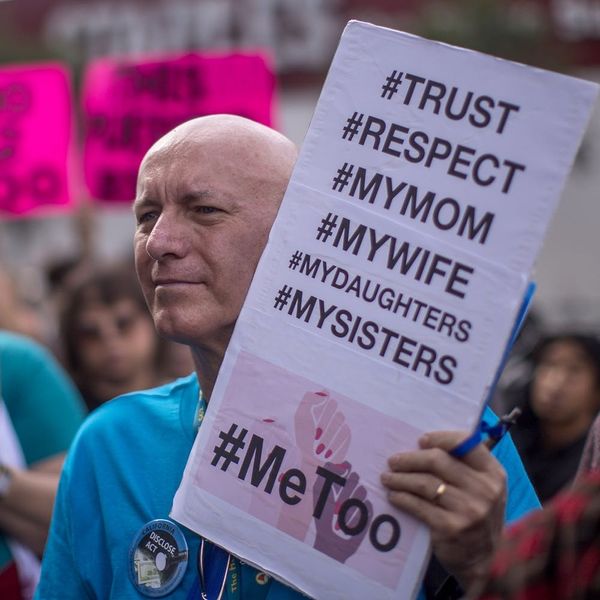 As we are bombarded on a nearly daily basis with alarming new allegations of sexual harassment and assault against men in high places, a powerful term has been thrown into the limelight: predator.

But just who is deserving of such a reputation-destroying moniker these days? In an essay published Tuesday in the New York Times Magazine, author Michelle Dean picks the question apart — and comes to some uncomfortable conclusions.

Dean points to the methodical nature of alleged “predators” like Harvey Weinstein, Roy Moore, or Russell Simmons, the fact that they seem to treat the hunt “like a craft.”

“The most arresting thing about Harvey Weinstein, for me, was how methodical he was, how consistent in modus operandi, when he decided to go after a woman: The call from a talent agent to arrange the meeting, the reassuring female assistant in the lobby, the hotel-room door closing, the bathrobe, the incongruous request for a massage. There was a ritual sameness to these stories, one that said to us: This was a result of consideration and planning, of practice.”

The thing is, labeling someone a predator is incredibly damning, and both women and men are reluctant to assign the label to individuals who are doing wrong, but not terribly wrong.

“There are all sorts of men who do all sorts of things they should not be doing, but who believe themselves exempt from this moment because, well, they’re not that bad.”

In her essay, Dean describes the unwanted advances of a “Powerful Literary Man,” and her choice to brush off his behavior as something less grave than predation.

But as she progresses to her conclusion, Dean reevaluates the context of the incident. She considers that it occurred at an event specifically honoring women, an event that drew a crowd of ambitious 20-something women who might one day need something from the man. She considers whether his actions were more planned, pre-meditated — predatory even? — than she originally thought.

“In that sense, perhaps there was an element of a leopard in a flock of gazelles, looking around, evaluating the women as prospects,” writes Dean. “If it was predation, it wasn’t the most clear-cut, the most vicious kind. But perhaps the burden shouldn’t only be on the gazelles to see it that way.”

The way that we decide to respond to men who exhibit this type of behavior — with rage, pity, or even sympathy — says a lot about the way we view human nature as a whole. Are there some individuals who are just inherently evil and dangerous to society? Is it even worth considering the external forces, the nurture versus nature that may have produced the men we consider monsters?

Dean’s conclusion seems to indicate that the onus should be on the men, the ones who might consider themselves “not that bad,” to examine their behavior, to think about the why, and to realize that, whether you call it predation or something else, targeting the vulnerable, even in very subtle ways, is very bad indeed.

What’s your take? Tell us @britandco.