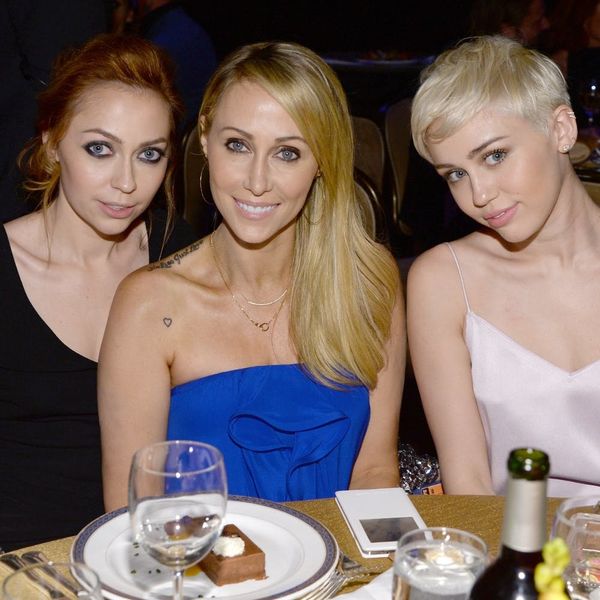 Miley Cyrus’ mom and sis are taking on TV-land with their very own show and while we might expect it to be as wonderfully unpredictable as the Hollywood wild-child herself, it turns out… it’s probably not. Granted, they smash walls, ramp up the competition, and there’s even a wrecking ball joke (*cringe*). But if you’re looking for Kardashian-style drama from this famous family, the new show from Tish and Brandi Cyrus isn’t quite what you might expect.

In the brand new trailer for Cyrus vs. Cyrus: Design and Conquer, which will premiere on Bravo on May 25, we’re given a glimpse into the interior design skills of the famous singer’s mom and sister. Competing against each other to come up with decor schemes and allowing their clients to decide which they like best, it’s not a totally original idea, but it could definitely still have potential.

That is, if they can amp things up a notch or two. Design shows are still as popular as ever and the Miley connection certainly can’t hurt, but when it comes to sparking a new viral show, you’re gonna need a heck of a lot more than just a famous daughter/sister, a few soundbites, and a couple coats of paint.

Check out the trailer for Cyrus vs. Cyrus: Design and Conquer for yourself below.

Are you excited for Cyrus vs. Cyrus: Design and Conquer? Let us know @BritandCo!