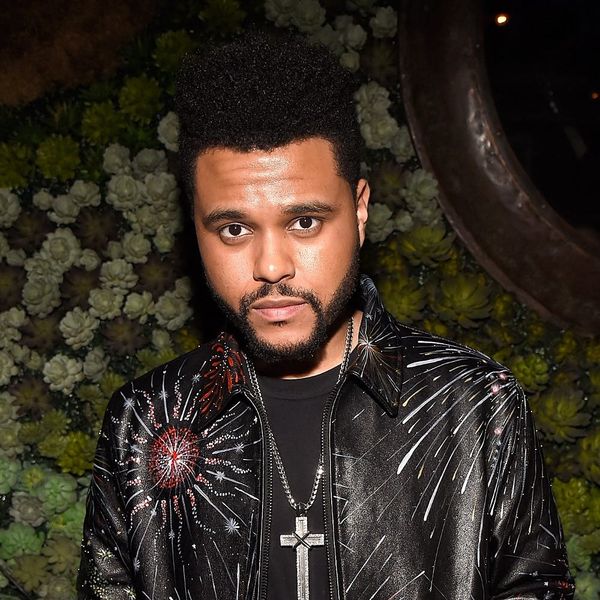 While some celebs choose to keep their personal lives private, it looks like everyone in the Justin Bieber + Selena Gomez + The Weeknd + Bella Hadid sitch wants to have their say. As Selena and The Weeknd continue to heat things up (and Justin Bieber snarks), Bella Hadid opened up about her breakup for the first time, admitting that “love hurts.” And while Selena may be working out her feelings for her ex Justin Bieber through her new song, her new bae might have just totally slammed her old bae in a nasty shade-throwing tune you definitely have to check out.

Releasing a new track called “Some Way” with Nav, the lyrics are pretty darn suggestive and totally hint at The Weeknd’s feelings about his new lady and her ex. “I got some bars for a [bleep] if he wanna see / I think your girl, think your girl, fell in love with me / Now you gettin’ mad because you got replaced.” Ouch.

The rest of the lyric focus on The Weeknd’s, er, pleasuring abilities and his new lady’s appreciation for them. Though, natch, he expresses this sentiment quite differently in the song. *blushes*

At the same time, Justin was feeling pretty lonely and Valentine-less…

As for The Weeknd’s song, check it out for yourself and see if you think it’s throwing some nasty shade at Justin Bieber. (Warning: Some seriously saucy language is used.)

Do you think The Weeknd is throwing shade at Bieber? Tweet us @BritandCo!

Desiree O
Desirée O is a ‘Professional Bohemian’ who loves anything and everything related to the arts, entertainment, and pop culture. She ADORES being a ‘Newsy’ for Brit + Co, covering all of the latest tidbits of awesomeness that you want to read about. When she’s not writing, she’s either making messy art, going on long adventurous walks with her camera, or poking around over at bohemianizm (http://www.bohemianizm.com/). You can find out about Desirée O and her work at http://DesireeO.com/ or follow her on Twitter @DesireeO.
Music
Pop Culture
Music