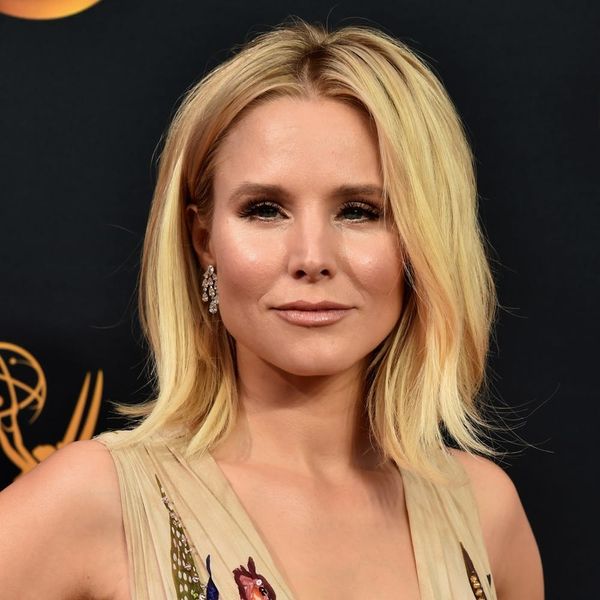 The Emmys were already one step ahead of the game with their awesomely diverse nominations this year (to which Amy Schumer, up for six, had a funny AF reaction you need to see) and funnyman Jimmy Kimmel as host, but the red carpet took things to another level entirely. From female powerhouse Kristen Bell’s breathtaking Zuhair Murad ballgown to Emily Ratajkowski’s head-turning Zac Posen stunner, it’s quickly become a night to remember, indeed. Check out 14 of the best looks below!

2. Priyanka Chopra: Quantico actress Priyanka Chopra made the red carpet her own personal runway in this gauzy stunner, spinning and twirling with wild abandon. A one-shoulder sleeve kept the garment on trend while its movement gave the actress an added oomph. (Photo via Frazer Harrison/Getty)

3. Emily Ratajkowski: This isn’t typically one of our favorite colors, but on Emily Ratajkowski, it seemed to pop in such a way that we couldn’t take our eyes off the model/actress (the matching eyeshadow may have helped). From its ruffled bottom to its intricately structured top, this Zac Posen gown quickly became a favorite. (Photo via Frazer Harrison/Getty)

4. Kathryn Hahn: The Bad Moms and Transparent actress dominated the carpet in an emerald green velvet Wei Ming number (a fabric which just so happens to be uber-hot for fall) with a plunging lace neckline. (Photo via Frazer Harrison/Getty)

5. Tori Kelly: Also in velvet was Tori Kelly, who kept it simple in a black hourglass gown with frosted wrists and matching drop-earrings. (Photo via Frazer Harrison/Getty)

6. Giuliana Rancic: G may be off the Fashion Police, but girl still knows how to work a red carpet. Her sheer blush Georges Chakra Couture number included a gauzy cape for interest with plenty of appliqué detailing. (Photo via Frazer Harrison/Getty)

8. Ellie Kemper: New mommy Ellie Kemper debuted a shorter ‘do in a sleeveless yellow Jenny Packham sheath dress that had us feeling serious fall vibes (noooooo, not yet!). (Photo via Frazer Harrison/Getty)

9. Gaten Matarazzo, Caleb McCaughlin + Millie Bobby Brown: The cast of Stranger Things looked positively adorbs as they made their way down the red carpet as a picture-perfect trio (anyone else having Harry Potter flashbacks, errrrr?) (Photo via Frazer Harrison/Getty)

10. Mira Pak: Terrence Howard’s wife Mira Pak may have just given birth, but you’d never know it from the elegant black gown with a tulle bottom complete with floral appliqué — she looked svelte as ever on the red carpet. (Photo via Alberto E. Rodriguez/Getty)

12. Tracee Ellis Ross: Tracee Ellis Ross is having a moment, y’all. Not only did she make history this year as the first African American woman in 30 years to get an Emmy nomination for best comedy actress, she looked seriously smokin’ in her custom Ralph Lauren gown with its one-shoulder style. (Photo via Alberto E. Rodriguez/Getty)

13. Tatiana Maslany: Canadian actress Tatiana Maslany brought some intrigue to the carpet in this piecey gown. With its open vest top and a body-hugging skirt, it requires a closer look to tell it’s actually not a two-piece. (Photo via Frazer Harrison/Getty)

14. Kristen Bell: …and the best look of the night goes to? Hands down, Kristen Bell, who was the “bell(e)” of the ball in this Zuhair Murad dream gown fit for a princess. The plunging neckline! That gauzy fabric! That intricate floral beading! Swooooon. (Photo via Alberto E. Rodriguez/Getty)

Which look is your favorite? Tell us over @BritandCo.

Nicole Briese
Nicole is the weekend editor for Brit + Co who loves bringing you all the latest buzz. When she's not busy typing away into the wee hours, you can usually find her canoodling with her fur babies, rooting around in a bookstore, or rocking out at a concert of some sort (Guns N' Roses forever!). Check out all her latest musings and past work at nicolebjean.com.
Red Carpet
Style News
Red Carpet