These Countries Are Including Gender-Neutral Language in Their Vocabulary 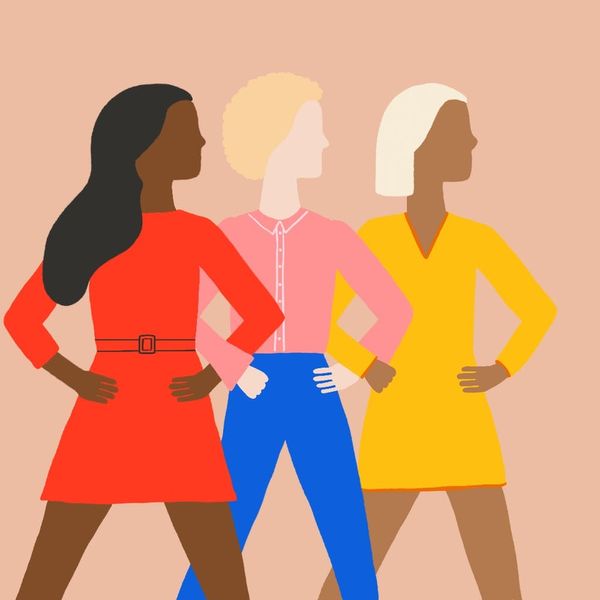 Last month, the Merriam-Webster dictionary incorporated more than 840 words into its official English lexicon. Some of those words included marg (short for margarita), fav, bougie (a disparaging substitute for bourgeois), adorbs,rando, and guac. One of the most interesting terms they added is Latinx, which is a gender-neutral alternative to Latina and Latino. The popularity of Latinx has increased in the past couple of years, which goes to show that people care about and understand inclusivity. Because more US teens are identifying as transgender, it’s crucial to get the wording right.

“Gender-neutral language has actually been around for centuries in the English-speaking world,” said Asklöv. “The pronoun ‘they’ as a non-specific singular pronoun has been widely used since the 14th century, along with its derivatives. You’ll find ‘they,’ ‘them,’ ‘their,’ ‘theirs,’ and ‘themselves’ liberally littered throughout the works of great authors including Geoffrey Chaucer, Jane Austen, and Lord Byron.”

According to Asklöv and Dowd, English-speaking countries such as the UK, US, Canada, and Australia have made a concerted effort to use gender-neutral words instead of gender-specific terms. Examples of that include terms such as: Members of Congress instead of congressmen; Salesperson or sales representative instead of salesman/saleswoman; Server instead of waiter/waitress; Actor, poet, sculptor instead of actress, poetess, sculptress (etc.); Usher instead of usherette (same goes for all titles ending in “ette”); Humankind instead of mankind; Human beings or people instead of man/men; Flight attendant instead of steward/stewardess; and Bartender instead of barmaid/barman. Furthermore, they say that in Britain, people use Mx as a gender-neutral honorific rather than Mr. or Ms. In 2015, Sweden also introduced the gender neutral personal pronoun Hen as an alternative to having to use “he” or “she.”

“The pronoun was ‘created’ in Swedish as an alternative to ‘han’ (he), and ‘hon’ (she),” said Asklöv. “The need for such a word was first recognized in the ’60s, when a Swedish linguist discussed the need for a new pronoun in a local newspaper, having been inspired by the Finnish pronoun ‘hän’, which translates as both he and she. ‘Hen’ was then dormant for a long time, but in the 2000s, the word started to be used in LGBTQA communities and within the gender studies academia, as a pronoun for non-binary people and as an alternative to he/she.”

When we asked them which countries were making the most progress in incorporating gender-neutral terms (and which were making the least progress) they said that whatever progression is being made, the point is that they are getting there slowly but surely.

“No matter how much time it takes, all progress is vital, and everyone should be commended in their efforts,” Dowd said. “Linguistic and cultural restrictions mean that the ease with which these changes can come into play differ greatly; but it is vital to note that globally, there is a concerted effort to drive change forward. With rare exception, these changes tend to evolve from common usage, not from government mandate. Change occurs less at a country level and more at the level of language, thus spanning borders.”

They pointed out that languages such as Chinese, Finnish, and Turkish have no grammatical gender, so they are already gender inclusive. Other languages, like Russian, are so highly gendered that speakers have to constantly refer to themselves and others by a specific gender.

The interesting thing to remember is that language can evolve and become even more inclusive, but it all depends on us. As speakers, we are the ones that have to adjust our habits and the way we were taught to say things if we truly want to include everyone.