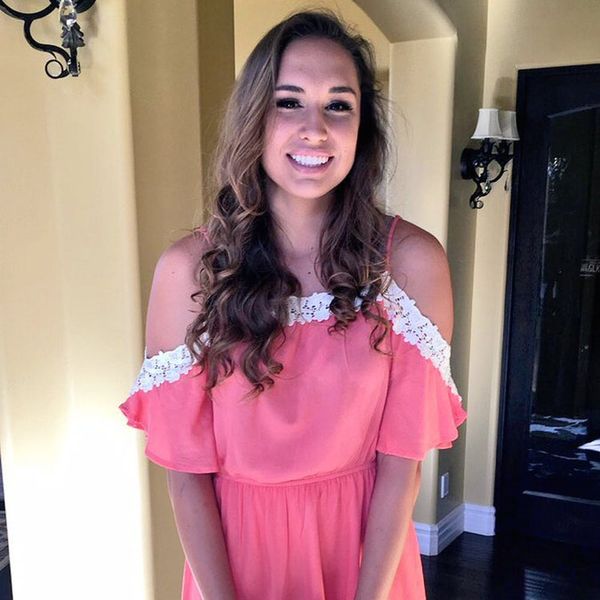 Being accepted into the college of your choice is exciting enough for any teen. Add to that the prospect of a scholarship (like Karlie Kloss‘s!) or being able to attend school debt-free, and we’re talking cloud nine, right? Well, imagine how 18-year-old Becca Longo must have felt when she not only received her acceptance letter from Colorado’s Adams State University, but made history by becoming the first female to EVER be awarded a college football scholarship.

Longo, who joined the football team at Basha High School in Chandler, Arizona during her sophomore year, has been a star kicker for her team for the past two years, and it seems her hard work has paid off: The university has awarded her with the NCAA scholarship. Not only is it extremely rare for a woman to go on to play college football (only about a dozen have done so to date), not a single one has ever done so on a scholarship to a Division II school.

Becca Longo, the first known female kicker to sign to play for a Div. II school on an athletic scholarship. She always worked so hard! pic.twitter.com/p6BKR4jaxh

The young #GirlBoss made her dreams come true by including a video reel featuring all of her football highlights from Basha High School with every single application. She then followed Adams State head coach Timm Rosenbach on Twitter and impressed him with her skills and dedication. “Everybody who has it on video said my jaw dropped to the floor,” he told CNN. “If she’s able to compete at a level we think she’s able to compete at, we should afford her that opportunity to do that.”

Longo was offered the historic scholarship soon after she visited the campus in February,. “I was so emotional,” she revealed to CNN. “I was just so grateful that somebody believed in me and that I could actually do it. I’m going to go in, I’m going to be ready to compete,” she added. “I’m not one to back down to anybody.” YAS, girl!

And that’s not all: The budding athlete will also be joining the basketball team. Is this girl for real? All we can say is brava, Becca! Brava!

Are you inspired by Longo’s historic scholarship? Tweet us @BritandCo.

Barbara Pavone
Barbara Pavone is a pop culture-obsessed writer based in beautiful (but ridiculously cold) Montreal, Canada. When she's not working, she's sipping on a Pimm's Cup and daydreaming about her celebrity hero, Saint West.
Gender
Gender Issues
Gender