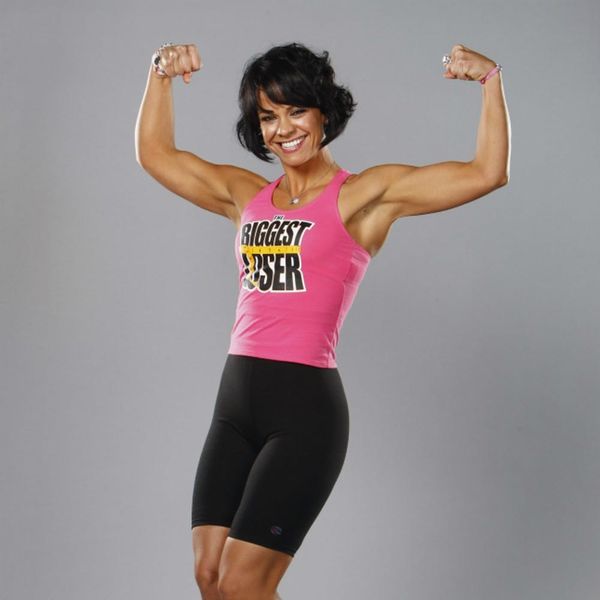 Reality TV has become such a standard on almost every single network that we hardly remember a time when we didn’t have some sort of competition or behind-the-scenes show to devour week after week. At this point, most people understand that reality TV isn’t really “real” (and shows like UnREAL help solidify that idea), but it’s entertainment, often with characters played by “normal” people and not actors (except for shows like The Hills, which we now know are actually fake reality tv with aspiring teen actors “playing” themselves). Even though we generally understand the concept of reality television as entertainment, so many of us still look to reality shows as personal inspiration — and one of the worst culprits for this is The Biggest Loser. Now, a former winner of that show is coming forward with her continuing body struggles, proving once and for all that reality television is a straight-up lie.

The Biggest Loser winner (and first female winner) Ali Vincent won the show in 2008 after losing 112 pounds over the course of filming, a huge feat for anyone. But eight years later, Vincent admits that not only is she struggling to keep the weight off, but she’s in fact gained back every single pound she shed during her time on the hit reality show. Her very honest Facebook profile is peppered with posts about her fertility issues and new weight-loss journey, reminding us that reality television is anything but “real.”

Back in October, during a segment on Oprah’s Where Are They Now?, Vincent admitted that a sexual assault during a massage has mentally blocked her from truly caring for herself. She became so busy and so stressed that she allowed her weight to creep back up, which proves to us that just because you’ve been a contestant on a reality show, doesn’t mean your real life will actually change for the better.

Since we live in a culture so obsessed with reality stars, from the Kardashians and the Real Housewives to shows like The Biggest Loser, we need to stop thinking about them in terms of “reality,” and start thinking of them as they truly are — as “television shows.” We can’t imagine the pressure that Ali Vincent feels after struggling before her reality stint and again today, but know that we’re going to stop trying to tell ourselves that anything we see that’s promoted as “real” actually is.

With The Biggest Loser having almost 20 seasons, and almost every single Bachelor and Bachelorette couple splitting up (save for three bachelorettes staying with their picks and only one bachelor staying with his), we think it’s high time to reframe how we talk about reality television so that we can remember that it’s not real, but it certainly is television.

Do you love watching reality television? Let us know @BritandCo!