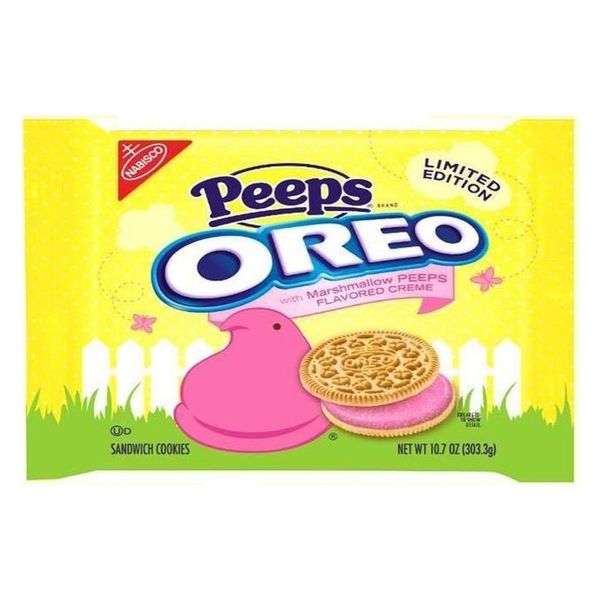 When we first heard about Peeps Oreos, we were totally intrigued about how they would taste (natch), and whether or not they’d become a new seasonal hit. But we NEVER anticipated the kind of reaction (or rather, the result) that’s being reported post-consumption. Snackers have revealed that after indulging in the sweet(er) take on the classic cookie, something weird, and frankly, kinda nasty, is occurring.

Those enjoying just a cookie (or two!) might not immediately notice anything amiss. But should you partake in more than that (or, like, an entire package in one guilt-free sitting), you may begin to see a rather alarming result. The peeps can turn your tongue pink… and that’s not the worst part. As folks are reporting over on Twitter, it’s also turning their feces a shocking shade of fuschia.

@Oreo the peeps oreos made my poop bright pink

Okay, EW! But not to worry: Charmin has your, er, backside…

We hear that #pinkpoop is now a thing. If it hits, don't worry, no one will hear a peep from us. https://t.co/MFKV7qby0p

Have you tried Peeps Oreos? Let us know @BritandCo!

Desiree O
Desirée O is a ‘Professional Bohemian’ who loves anything and everything related to the arts, entertainment, and pop culture. She ADORES being a ‘Newsy’ for Brit + Co, covering all of the latest tidbits of awesomeness that you want to read about. When she’s not writing, she’s either making messy art, going on long adventurous walks with her camera, or poking around over at bohemianizm (http://www.bohemianizm.com/). You can find out about Desirée O and her work at http://DesireeO.com/ or follow her on Twitter @DesireeO.
Dessert Recipes
Most Recent
Dessert Recipes