‘This Is Us’ Star Eris Baker Talks Tess’ Coming Out, the Season 3 Finale, and More 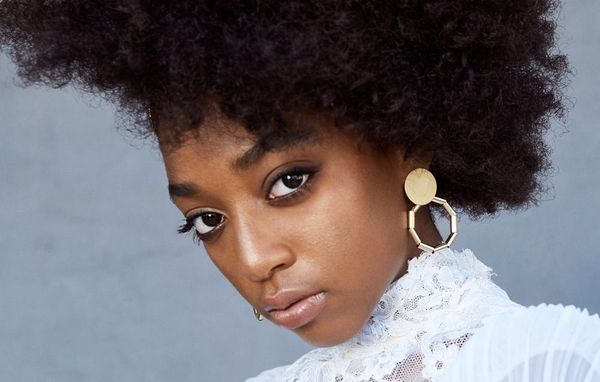 This Is Us fans are always ready for a good cry, and one of the best so far this season came last November, when Tess, played by 13-year-old Eris Baker, told her parents that she thought she might like girls instead of boys. It was a powerful scene, both because of the writing — Beth and Randall’s response was the very definition of unconditional love — and because of Baker’s moving, vulnerable performance. We caught up with the young star on her recent trip to New York to chat about Tess’ coming-out arc, the upcoming season 3 finale, and life beyond the hit NBC show (which she booked when she was just 10!).

Brit + Co: When did you find out about Tess’ story line this season?

Eris Baker: My parents told me about it over lunch. They told me, “The directors want you to think about doing this story line.” Because at first they were just asking me. They weren’t like, “Hey, you have to do it.” And I accepted it because I thought that the story line would have an impact on so many people. And it did. Once that episode played on TV, I made a post on Instagram and Facebook, and so many people were DM-ing me and commenting on the post, saying, “Thank you so much. I can’t wait to talk my parents about this.” Or “I can’t wait to talk to my daughter about this.”

B+C: The scene where Tess came out to her parents was so powerful to watch. What was it like to film?

EB: It was such a powerful scene. I went in knowing I wanted to impact many, so I went in prepared. I had to do lots of research, and I reached out to a friend who came out to her parents. And when I did the scene, you could just tell how powerful it was, because everyone was crying. I was crying, Sterling K. Brown was crying, Susan Kelechi Watson was crying. Not only did our characters have to cry, but we cried because it was touching. Tess was coming out, not knowing if her parents were going to accept her or not.

B+C: Jumping ahead a little bit, the season finale is coming up on April 2. We know you can’t say what happens, but how do you think viewers are going to react?

EB: I’m super excited. Tess’ character is developing, and you guys are going to see how she’s started to get confused with her sexuality again. Just overall, the cast on that episode did amazing. It’s such a beautiful episode.

B+C: Do a lot of people try to get you to share spoilers on the show?

EB: People are always asking me for spoilers! I just say, “Tune in Tuesdays at 9pm, and you will find out.” My dad knows because he’s usually on set with me. We’re there watching every scene, so we know what’s going to happen. But it’s not hard to not tell you guys, because I want it to be a surprise when you find out.

B+C: What’s your favorite part about working on This Is Us?

B+C: What kind of advice have they given you?

EB: Probably the best advice they’ve given me is that everyone experiences success at different ages. For example, I started acting when I was about seven or eight years old, and I got my biggest break with This Is Us when I was 10. So in those two years, I was doing Target ads and waiting for my time to come. And I feel like that’s a really good lesson — just work hard and have dedication and your time will come, even if it doesn’t come as fast as you want it to.

B+C: Speaking of success, you’ve had a chance to go to a few awards shows because of This Is Us. What are those like?

EB: It’s so much fun. My stylist Neishea Lemle always hooks me up, and I always feel like a princess. And my amazing makeup artist just makes me feel so beautiful. I always have so much fun on red carpets. I’m with all the other actors and actresses, so I get to mingle and say hi.

B+C: When you’re not working, you attend school just like any other kid. Is it difficult to balance both?

EB: It’s definitely hard, but school is my number one. Education is everything to my parents and me. I’m 13, and I’m in eighth grade, so it’s getting very challenging, but I communicate with my teachers all the time, and I have a school set teacher when I’m working on This Is Us or any project.

B+C: Do you have a favorite subject?

EB: My favorite subject — I can’t believe I’m saying this — has to be math. I love doing math because once you’re learning something and you know how to do it, it’s just easier. I also like language arts, because I love to write and I love to tell stories.

B+C: Do you think you’ll continue to act as you get older?

EB: I definitely think I’ll continue to act, but I don’t want to only act. I feel like you can do so much in this industry. I definitely want to produce my own films in the future. I’m excited for what’s to come.

B+C: Lastly, who are some other women you admire?

EB: Probably my mom, because she sacrifices a lot for our family and works so many hours and does a lot for me. There’s lots of other women, too. I look up to Kerry Washington, Yara Shahidi, Tracee Ellis Ross — just amazing, powerful women of color.