‘This Is Us’ Star Sterling K. Brown Breaks Silence Over ‘Predator’ Scandal in Support of Olivia Munn 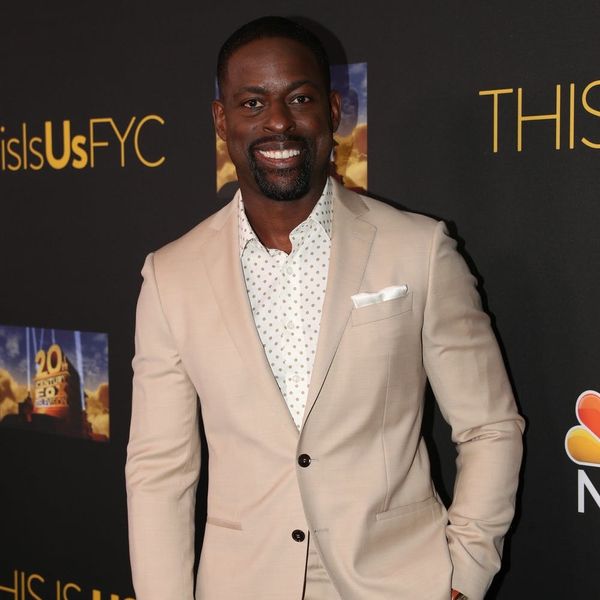 This Is Us star Sterling K. Brown has come to the defense of co-star Olivia Munn this week in the wake of scandal surrounding their upcoming film, The Predator, which debuted at the Toronto International Film Festival (TIFF) last week.

The movie was days from being released when Twentieth Century Fox cut a three-page scene featuring actor Steven Wilder Striegel after Munn voiced concern over his criminal past. Streigel pled guilty in 2010 for trying to lure a 14-year-old into a sexual relationship online, for which he served six months in jail. He was hired by the film’s director because the two men are friends.

Munn, a #TimesUp and #MeToo supporter, has been vocal on Twitter and in the press about the circumstances surrounding the film. Munn has expressed frustration over the fallout and lack of support from other (mostly male) members of the cast and crew.

In a series of tweets, Brown shared his support for his costar after other male members of the cast, including Boyd Holbrook, Trevante Rhodes, and Keegan Michael Key, declined to comment publicly on the debacle or show up for scheduled interviews during the festival.

“I’m sorry you’re feeling so isolated, my dear,” Brown wrote. “And I’m sorry you’ve been the only one to speak up publicly. I was not at #TIFF so I didn’t have an opportunity to be there with you.”

Brown then went on to say that while he can’t speak on why Striegel was cast or how the director felt when forgiving his friend, he does stand with Munn and agrees that not giving the production company or crew the information about their castmate before shooting was unfair — especially to Munn, who was the only cast member to share a scene with Striegel.

He added: “When someone has been convicted of a crime of a sexual nature involving a child, we have the right to say that’s not okay!” Brown also thanked Munn for speaking up, writing, “I so appreciate that you “didn’t leave well enough alone,” & again, I’m sorry you feel isolated in taking action.”

Just hours before the film was set to premiere during “Midnight Madness” screenings, cast-mates Holbrook, Rhodes, and Key reportedly backed out of a group interview with Munn, although Key’s reps responded that the actor had already made plans to fly home to celebrate the Jewish holiday Rosh Hashanah with his wife.

Director Shane Black was also notably absent during the the film premiere’s red carpet and post-screening Q&A, leaving Munn and cast-mates on their own to promote the film and address the controversy.

Munn told The Hollywood Reporter that she hasn’t spoken with Black since she brought up the issue, but he did release a statement of his own, saying that Striegel had misled him when they discussed his 2010 conviction.

“Having read this morning’s news reports, it has sadly become clear to me that I was misled by a friend I really wanted to believe was telling me the truth when he described the circumstances of his conviction,” his statement read. “I believe strongly in giving people second chances – but sometimes you discover that chance is not as warranted as you may have hoped.”

Munn disagrees, however, pointing to the fact that Black has hired Striegel three times since his conviction, tweeting, “Wilder said Shane was “aware of the facts” of his arrest. He made a “personal choice” to continually work with a convicted sex offender, but I didn’t have a choice. That decision was made for me. And that’s not okay.”