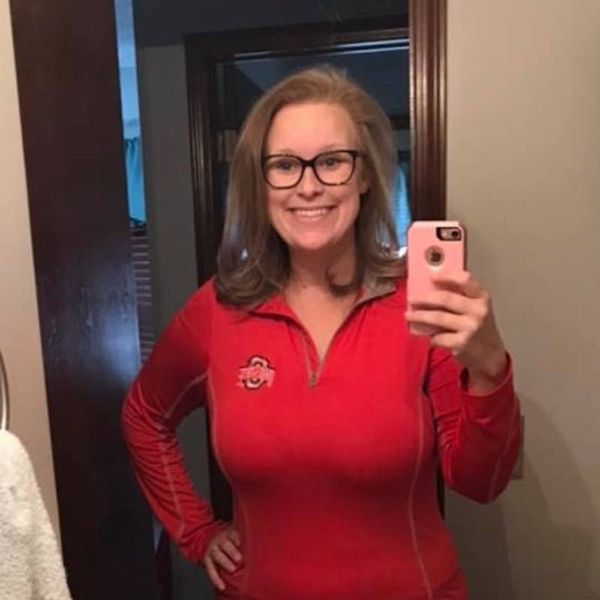 Being in the public eye can mean that celebrities face extra criticism that “regular” people aren’t as accustomed to, and we often hear from people like Chrissy Teigen to Ariel Winter and, recently, even Aaron Carter, speaking out against the body-shaming they have received. But it happens in everyday life, too, as an Ohio mom shockingly found out after when a stranger commented on her appearance while she was grocery shopping with her infant son.

Charli Stevens said she recently made a quick stop at her local Columbus grocery store to buy some Christmas gift tags when she noticed a woman who appeared to be in her 50s staring at her. That’s when things got even weirder.

“A couple minutes later, she came up to me and said, ‘I think your clothes are a little too small on you,’ Stevens shared on Facebook, admitting that she was completely caught off guard and could only muster an, “excuse me?” The stranger continued, “Well, no offense but you’re just a bit big to wear those type of clothes,” Stevens recalled. “I’m not trying to be mean, but maybe just reconsider your outfit before leaving your house from now on.”

Normally one to speak her mind and put rude people in their place, Stevens said she was so shocked that she instantly burst into tears as she stood in the Christmas aisle. Instead, she went home and put her thoughts to the public, pleading with people to think before they speak.

“What if I was severely depressed? Or what if I was constantly made fun of for my weight and that one comment from that stranger pushed me over the edge? Luckily, I’m neither of those things. But people have got to start being nice. Having common sense. Being respectful,” she wrote — and people noticed. So far, her thoughtful post has been liked over 4,000 times and shared by almost 1,000 people. Stevens was overwhelmed by the reaction, but said that she wasn’t looking for any of it — she simply wanted people to realize the damaging effect this behavior can have not only on the people on the receiving end of it, but to those who learn it, too.

“Once our kids are born, they learn everything from us,” she told People. “Whether we think about it or not, our kids are watching. They’re picking up on everything we do. Our kids learn to hate and be mean from us…I really hope those that read my post will just remember to instill kindness in their children’s lives, because our children are our future.”

Have you ever been judged by a stranger in public? How did you react? Let us know @BritandCo.

Nicole Villeneuve
Nicole is an entertainment and lifestyle writer covering pop culture, news, and cool women doing cool things. She likes yard sales, MTV's Teen Mom, and putting too many memes in the group chat. She lives in Toronto.
Every Body
Body Positivity
Every Body