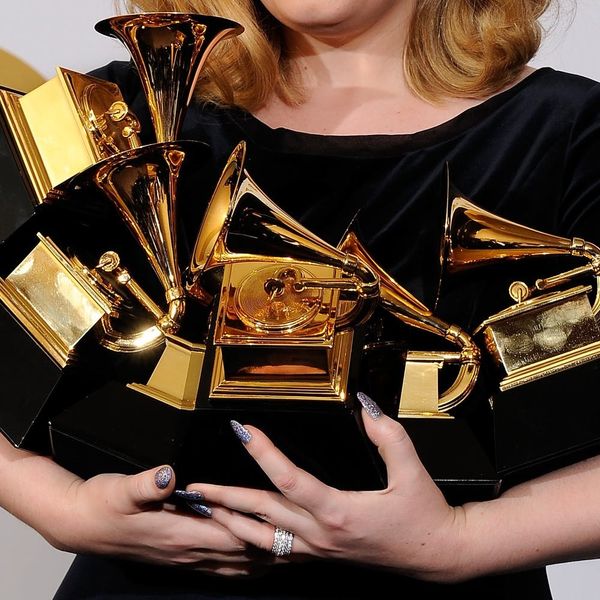 If you think shopping for your friends and family is hard, imagine having to pick out gifts for the some of the world’s biggest celebs, who have just about everything you could possibly imagine at their fingertips! That’s the task that’s been set before LA’s Distinctive Assets and NYC’s Gift Bags by Rachel as they prep to stock the official goodie bag of the 2018 Grammy Awards, but from the sounds of things, they’ve definitely delivered, outdoing themselves with some seriously lavish loot that reportedly rings in between $20,000 and upwards of $30,000. Wowza!

The swag bags are so large, in fact, they’ve actually been converted to duffel bags, packed to the brim with more than 40 unique gifts.

The strap’s out of the bag! So happy to have @carriednyc included in the Official GRAMMY® Gift Bag going to all the presenters and performers this weekend at the @recordingacademy GRAMMYs! So good, we might just get Carrie’d away! 🎸#GRAMMYgiftbag

As Money discovered, this year’s prezzies will largely focus on tech (a $300 Shop Modern Innovations WiFi-powered pet feeder, anyone?) and experiences, which range from spa treatments (aah!) to the less predictable family circus training session from Le Petit Cirque, specializing in dance, gymnastic, aerial, and stunt training for kids between the ages of four and 18, (say what!?) and an adult private mixology class, courtesy of NYC’s Liquor Lab ($5,100).

Topping the list in terms of value are a slew of lavish beauty and skincare treatments, including a week of services at the Golden Door Spa ($8,850) located in the mountains of San Marcos, California, a full-face skin rejuvenation treatment from Nurse Gigi ($4,500), a year’s supply of Healing Saint luminosity Skin serum from Dr. Jane ($2,316), a year’s supply of Oxygenetix beauty products ($1,200), and the Ultimate Anti-Aging IV Infusion from Evolved Science ($825).

Also included will be plenty of smaller treats, such as Bulletproof Coffee ($15), a subscription to the Book of the Month Club ($150), Art Meets Art perfumes based on hit songs (think “I Put a Spell On You” or “Like a Virgin,” both $82), RX Whole Foods protein bars ($23), a bottle of Southern Wicked Lemonade Moonshine, jewelry from The Giving Keys, WowWee Fingerlings toys, and a $100 gift card for Uber Eats (Hey, everyone’s gotta eat, right?!).

What’s your fave item in this year’s Grammy swag bag? Tweet us @BritandCo.