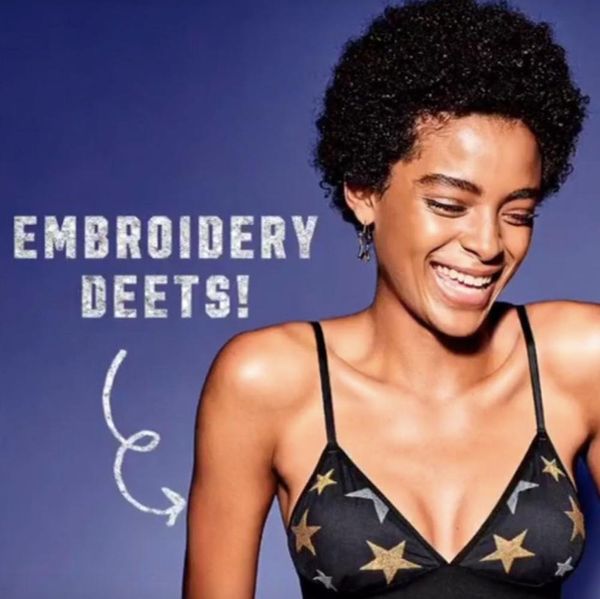 It seems like intimate apparel giant Victoria’s Secret has taken the fashion industry’s drive toward inclusivity to heart. Last year, the brand featured its first model with stretch marks, and this year, the intimate apparel giants have switched up their famous holiday runway show by including their most diverse cast yet — including six Black models from around the globe.

Though the company had already announced the lineup a few months ago, fans of the brand are taking notice now — in the weeks leading up to the prime-time TV event — of the new faces to the VS world. While most have some runway experience, a few members of the new lineup have only been modeling for less than a year.

Here are the six new faces you can expect to see at this year’s show:

19-year-old Aiden Curtiss made her runway debut in 2017 during Paris Fashion Week for legend Roland Mouret. As the daughter of YSL muse and supermodel Katoucha Niane, modeling is pretty much baked into the teen’s DNA.

Joining Curtiss is Angolan Amilna Estevão, who was first discovered four years ago at the tender age of 14.

20-year-old Alecia Morais is already well familiar with the VS family — the Cape Verdean already models for VS Pink, and has walked the catwalk for Dior and Chanel.

Sudanese mega model Grace Bol is the most well-known of the new crop of VS models, but until this year had never walked for the brand. Since first hitting the runway in 2011, Bol has modeled for Vivienne Westwood, Margiela, and Givenchy, to name a few.

18-year-old Brazilian model Samile Bermannelli started modeling last year, and has graced the cover of Harper’s Bazaar not once, but twice.

Mayowa Nicholas has been stomping down runways around the world for three years, representing high-profile brands like Moschino and Calvin Klein.

This year’s fresh faces join VS’s regular cast of characters, including Bella Hadid, Adriana Lima, Alessandra Ambrosio, Behati Prinsloo, Lily Aldridge, and Candice Swanepoel. While adding these models to the ranks of the VS Angels is a definite positive, here’s to hoping that an even more inclusive cast of models (Tabria Majors, perhaps?) joins the ranks in wearing the coveted wings.

Will a more diverse cast make you tune into the VS fashion show? Tell us @BritandCo!

Kat Armstrong
Kat has been a writer, social media maven and mom for longer than she's willing to admit. She's also spent time in front of and behind the camera, interviewing celebs, politicians and acting as a producer for fashion and artistic photography shoots. When she isn't writing for various orgs and publications, she's hanging with her kids, husband and French Bulldog, Peter, in Toronto, Canada.
Body Positive
Diversity
Body Positive inclusivity TV