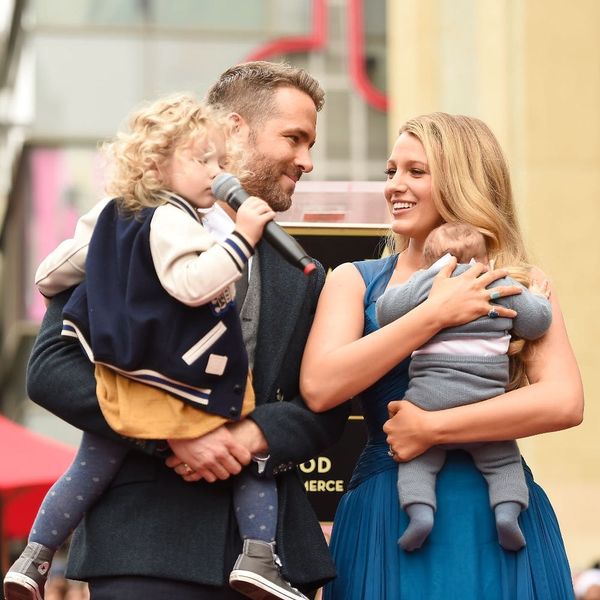 Sure, celebs have enough income to afford 24/7 child care and super posh nurseries, but at the end of the day, famous parents are held to the same unrealistic parenting standards as everyone else. From realizing the overwhelming depths of unconditional love to quoting their kids’ critical reaction to their personal appearance, here are some of the best celebrity takes on what it’s really like to be a parent.

1. Olivia Wilde: She’s gorgeous, has an awesome job, threw the coolest birthday party for her son, and tracks it all in an enviable Instagram feed, but that doesn’t make Wilde perfect — and she let everyone know in one honest tweet: “Anyone else suck at parenting today?”

2. Blake Lively: As part of a Hollywood power couple who are fiercely protective of their brood’s overexposure to the flash bulbs of prying paparazzi, Lively opened up about her mama-bear instincts when talking about her priorities. “My family: That’s the thing that I feel most protective of and the thing that I feel is the most exposed when I feel exploited.” (Photo via Matt Winkelmeyer/Getty)

3. Ryan Reynolds: If anyone wondered if Reynolds was going to lose any of his sarcasm after he became a father, ponder no more. It’s only gotten sharper with the new inspiration of his children. When asked what it was like to be a father after his and Blake Lively’s first child was born, Reynolds answered, “She has me so far wrapped around her finger, it’s dumb. She says ‘Dada,’ and I will walk through a cement wall to get to her. It’s crazy.”

4. Mila Kunis: When Mila Kunis sat down on Ellen not long after her daughter Wyatt was born, she shared a revelation she’d had since becoming a mom. Kunis explained how her baby girl helped her finally understand the meaning of unconditional love: “If she murdered somebody in cold blood, I would love her.” (Photo via Frazer Harrison/Getty)

5. Adam Levine: After daughter Dusty Rose came into the world, Levine admitted, “I’ve been a parent for three weeks; what do I know? I don’t know anything, but it’s kind of part of the beauty of it, honestly.” He observed, “There are a lot of instincts, a lot of things that kind of kick in and switch on. It’s a beautiful experience.”

6. Anna Faris: In the middle of the afternoon, Faris tweeted a humbling revelation that her and husband Chris Pratt’s son shared. “245 pm. My son just told me I had a mustache like daddy’s.”

7. Chrissy Teigen: She may make glamor seem effortless, but Teigen has her beauty challenges too. She shared her struggle in the tweet, “Just spray tanned around my breast pump outline. The logistical challenges of a healthy beach glow while boobing are incredible.”

8. Tina Fey: When an interviewer asked Tina Fey what advice she would give to new mothers, she responded, “The advice I always try to give for a mom is… whatever you do breastfeeding-wise — great. Great. Whatever.” (Photo via Kevork Djansezian/Getty)

9. Jim Gaffigan: Parents aren’t the only ones keeping it real. Gaffigan got a little more insight than he bargained for from his son, and he shared it in this tweet: “‘When I grow up I don’t want to be a dad. I don’t want to be fat.’ – my 5 year old former son.” (Photo via Michael Loccisano/Getty)

What parenting quotes have you nodding your head in agreement? Tweet us your faves @BritandCo!

Maggie Henderson
Maggie is a content marketing and advertising maven by day and a blogger by night. When she's not window shopping online, you can find her looking for inspiration on Instagram and Pinterest, traveling to new adventures, and chasing after her dog and toddler son.
Celebrity Baby
Parenting
Celebrity Baby