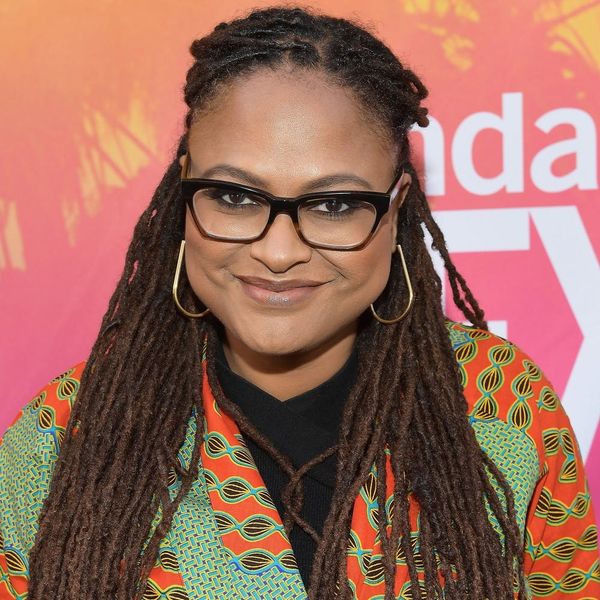 But many others, including Ava DuVernay and Kimberly Bryant, have been critical of #WomenBoycottTwitter, arguing that some women’s voices — particularly, those of women of color — don’t get heard enough as is, and that now is not the time to be quiet but to amplify the triumphs and struggles faced by WOC across industries. “Calling white women allies to recognize conflict of #WomenBoycottTwitter for women of color who haven’t received support on similar issues,” DuVernay tweeted.

Following the lead of Twitter activist April Reign (who also spearheaded last year’s #OscarsSoWhite movement), many WOC and allies are rallying around the hashtag #WOCAffirmation to champion the non-white women who often don’t receive the same signal boosting as their white counterparts. The result is an ongoing, and important, conversation.

I'm a WOC journalist writing "Uppity" a book about WOC in the US, and hoping to shine light on the obstacles we face. #WOCAffirmation

Often at the frontlines at the battle for equality and always overlooked. I celebrate & appreciate you all! #WOCAffirmation pic.twitter.com/cMOEoHKFKi

While following, liking, and RTing with #WOCAffirmation, keep going. Buy their goods & services. Give them $. Promote & engage their work. pic.twitter.com/m4ZJiJoOJo

Black woman journalist. I write daily for @TheRoot. I bring news and important information to our people. #WOCAffirmation

So, for #WOCAffirmation I’m amplifying myself. I’m a journalist and writer whose work you can read here: https://t.co/RVYhZ4lzZb pic.twitter.com/0vFlQjEOSI

My face when #womenboycottingtwitter was planned, but white women are ghost when it comes to issues impacting black women. #WocAffirmation pic.twitter.com/O8VKBJiPIo

I took 20 minutes off for the women boycott twitter thing but I do think #WocAffirmation is more important so I’m back.

I've always chafed at silence campaigns. I'd much rather amplify voices. Here for the great #WOCAffirmation tag & others.

Meanwhile, some are also participating in #BoostWOC, which is trending in the same spirit.

I think I'd rather #BoostWOC today than participate in #WomanBoycottTwitter because so many less privileged women are already silenced.

Shout out to @ReignOfApril with #WOCAffirmation and #BoostWOC today, as well as everyone else. Should do this everyday

Kelli Korducki
Kelli is Brit + Co's Senior News Editor. Her interests include sensible footwear and glasses that take up 25 percent of her face.
twitter
Diversity
twitter