Google Maps Is About to Be Replaced by THIS 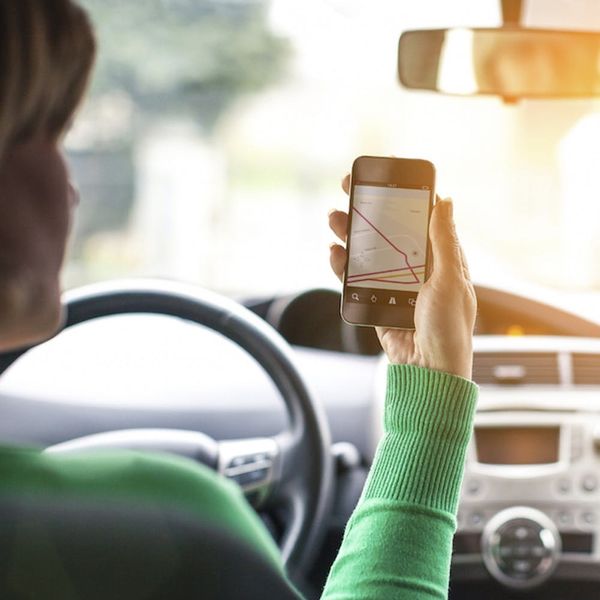 Nowadays, you wouldn’t really think of going road-tripping without Google Maps to get you to your final destination. However, with the advent of built-in GPS navigation, nifty car accessories and apps like Waze, car manufacturers are now of the opinion that they can wipe Google Maps off the map with their own GPS technology. Toyota is reportedly getting in on the action with a new crowdsourced map-generation technology that just might change the direction of GPS as you know it today.

According to CNET, the auto giant will unveil a new map-generation technology at the 2016 Consumers Electronics Show in Las Vegas, Nevada. The new tech will leverage a crowdsourced approach to generate maps that are continuously up-to-date. Surprisingly, Toyota’s mapping system won’t even rely on pricey, 3D laser scanners to gather its map data. Instead, the unique image-matching technology will leverage multiple map generators on the roads, whereby everyone’s car will act like a mapping car. By gathering measurements from multiple cars instead of a single car, the new tech can present maps with impressive accuracy down to a 5-centimeter threshold!

But that’s not all. Toyota’s dreams of GPS domination get even bigger. The automaker has plans to roll out the new mapping technology in its automated vehicles, from expressways to side roads. Toyota even wants its new system to help drivers avoid road hazards. The new tech may, for example, give drivers a heads up about potholes — even going so far as to help warn other vehicles on the same route. All in all, Toyota’s tech sounds much in the vein of how popular navi app Waze works, but it’ll come built into your car. Technology that makes our morning commutes less stressful and helps fellow drivers out? Count us in!

No word yet on when Toyota’s new mapping technology will become available, so stay tuned for the big reveal in 2016. Until then, keep on driving happy!

Check out the video for the technology below.

Do you think this is the end of Google Maps, or will you have to see it before you believe it? Tweet us @BritandCo!

Manasa Reddigari
Manasa is a freelance writer with a passion for the weird and wonderful technologies that are transforming life as we know it today.
Tech News
Tech
Tech News
More From Tech