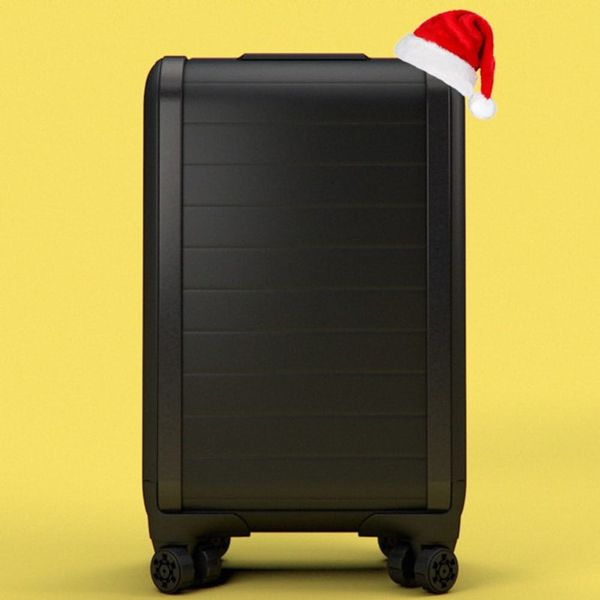 Of all the wonderful things travel can bring, packing is most definitely NOT one of them. Even if you’re a clothes-rolling pro or a navigation ninja, there’s a reason we all leave packing until the last minute. The folks at Trunkster don’t think that’s your fault. They blame conventional suitcase design, with its flimsy zippers and tricky access. They’ve come up with something much better, which they promise will revolutionize the travel experience. This ain’t your average rolling suitcase.

Trunkster’s biggest feature is the suitcase entry. They’ve completely ditched zippers and flaps in favor of a sliding door, so you can get to all of your belongings swiftly. The door is waterproof and built to withstand all the usual baggage handling mishaps.

If you’ve had any major luggage loss this holiday travel season, we’ve been there and totally feel your pain. Trunkster takes a lot of the panic out of leaving your stuff in the trunk of a cab or waiting hopelessly at baggage claim. For an extra $40, you can enable the GPS feature, which utilizes the same technology as Apple’s “Find My Mac.”

Another major travel timesaver is the removable battery and built-in USB port that comes with the carry-on model. It can charge your phone up to nine times, so no more huddling around the airport’s outlets. Bonus: Since you can remove the portable battery, it can also act as a charger for all of your devices while you enjoy your travels.

Luggage weight is hugely important when you’re facing those huge overweight fees. But have you ever tried those hanging digital scales that snap easily? Yeah, no thanks. Trunkster’s scale is built into the bag itself, so just give it a quick lift before rolling out the door. There’s good news about the rolling too — the handle is as wide as the suitcase and it doesn’t take up any room in the actual luggage compartment.

If you’re looking to get your hands on Trunkster in time for next year’s holiday travels, start by backing its Kickstarter campaign. For $295 and for a limited time, you can get the checked bag (measuring 27″ x 19″ x 11″) which is due to ship in August 2015. Estimated retail is $600, so that’s a MAJOR steal that’s going fast. Or for the same Kickstarter pledge amount, you can get the carry-on model instead. Want both? Pledges start at $550. We’re betting there are going to be A LOT of happier travelers in the next holiday season.

What do you think, is Trunkster’s zipperless design the future of travel? Sound off in the comments!

Molly Griffin
Molly is a writer and editor from Boston who loves traveling, eating and occasionally being a little too candid. She lived in Dublin, Ireland for the last four years but recently moved to San Francisco to escape the rain. Now, she’s on the lookout for a good proper pub.
Kickstarter
Tech
Kickstarter
More From Tech