Y’all Ready for This? The Tweeting Bra is Real 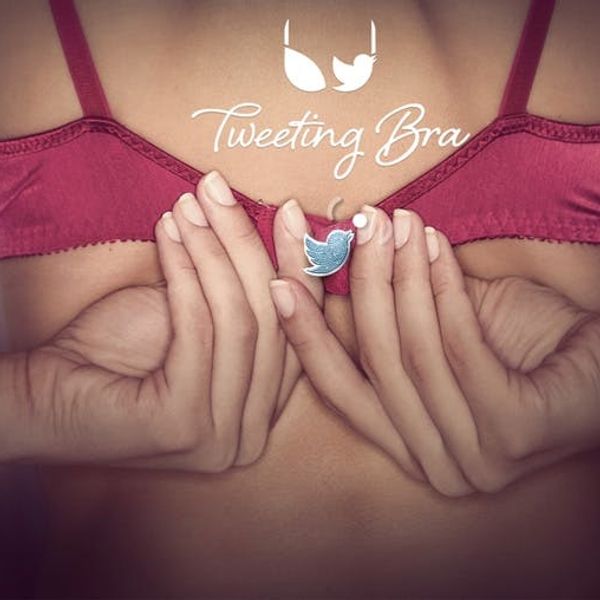 Finally, the newest technological innovation in the world of social undergarments has arrived: The Tweeting Bra!

Part of a new campaign for Nestle Fitness that centers around promoting breast cancer awareness and the need for self-examinations, the Tweeting Bra is both bizarre and well-meaning.

Tweeting Collar, this latest innovation is a one-off, but we won’t be surprised if a company on the activity tracker scene starts developing clothing that actually does socialize. It’s a strange thing to imagine, but it’s really not that far off from “bracelets” like the FitBit, Jawbone UP, and Nike Fuelband.

But back to the bra. The campaign centers around the life of Greek actress Maria Bakomdimou, who will be wearing the Tweeting Bra for two weeks. The dedicated website offers tips for performing self breast examinations, and, of course, also leads to the Tweeting Bra’s Twitter account. Each time the bra is clasped or unclasped, a signal is sent from the bra to the Internet, and behold, a Tweet composed by a bra is born!