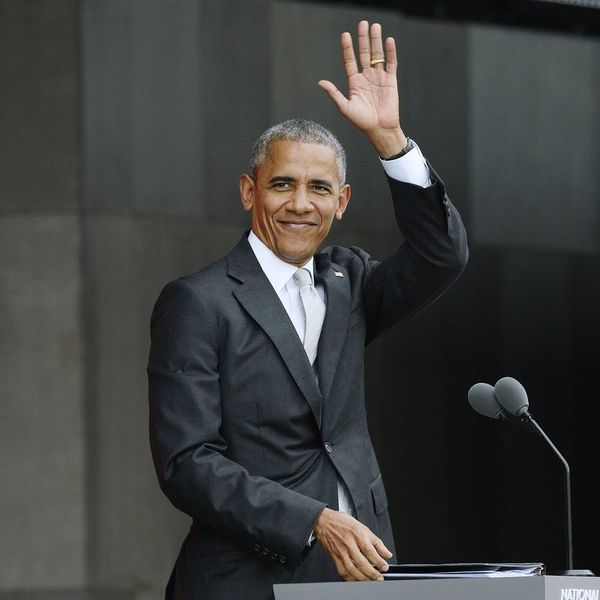 President Obama has just over a month left in office, and on Friday, he held the final press conference of the year — one of his last ever. While his speech addressed issues as wide-ranging as the crisis in Aleppo and Russia’s potential involvement in our recent presidential election, it was an unexpected remark about lattes — yes, lattes — that has Twitter freaking out.

Sharing his thoughts on what Democrats will have to do to win in future elections, President Obama began normally enough, saying: “I think [what] we have to spend the most time on — because it’s the thing we have the most control over — is how do we make sure that we’re showing up in places where I think Democratic policies are needed, where they are helping, where they are making a difference.”

Things took a turn, however, when he delivered this line: “And where Democrats are characterized as coastal, liberal, latte-sipping, you know, politically-correct, out of touch folks.”

Almost immediately, the Interwebs began having a field day with POTUS’ choice of latte-shaming words.

"Latte sippin' politically correct folks" may be my favorite Obama quote ever.

Obama: Dems are not just coastal, liberal, latte-sipping, politically correct, out of touch folks
YES TRUE WE ALSO LIKE SALADS IN MASON JARS

So far it seems like the only clear position President Obama has taken in this press conference is a strong anti-latte stance.

Making the whole thing even more hilarious was the fact that, as @DomenicoNPR pointed out, President Obama appeared to be sipping on a coffee (which could have very well been one of the lattes in question) during his address!

Did Obama just sip a latte?

It wouldn’t be his first offense, either — apparently, he’s been casually sipping on lattes all year long.

Just check out this Tweet from back in August.

OMG #PresidentObama sipping a latte while giving a televised Press Conference! What a casual ass!

For shame! We don’t care what anyone says — we’re NEVER giving up our espresso-filled delights (or our fruitcake Frappuccinos, for that matter).