A New Way to Wirelessly Charge Your Phone 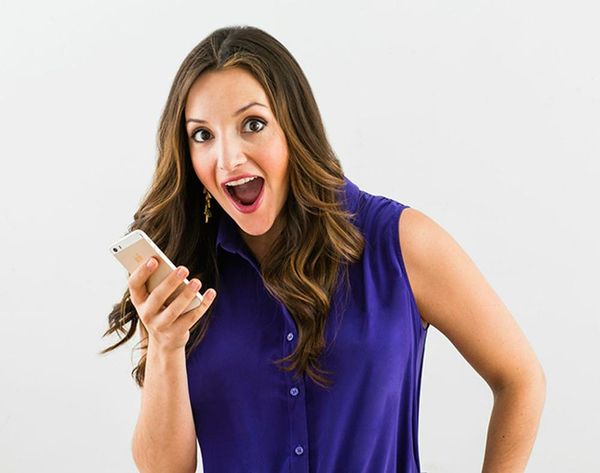 A 2014 problem = experiencing near-paralyzing anxiety when your phone’s battery hits the red. It’s an experience we all share, but thanks to entrepreneur Meredith Perry, it may not be something we ever have to go through again. Perry created a technology that allows portable electronics, like iPhones and laptops, to be charged wirelessly through ultrasound waves. The name of this sounds-too-convenient-to-be-true company is uBeam.

Using a uBeam charging station, you can forgo the need for an outlet and just let your devices charge from wherever. It’s a nice idea, especially when you’ve somehow lost every single one of your Apple cords.

But before you get too excited, know that the company is still two years away from releasing this product out into the world. An article on The New York Times‘ Bits Blog also mentions that the device doesn’t work through walls, so if you wanted to use this someplace like your house or office, you’d have to install a charging station in every room. And from the looks of the picture above, the wrapped prototype looks pretty big.

Perry and team will no doubt be improving the product over the next two years. It might not be the chicest thing for your home, but we can see it being great for offices or coffee shops. And just because it’s bulky doesn’t mean we’re less excited about the prospect of never having to remember our chargers again — or trekking to the Apple store to replace our busted or lost cords.

Would you stick a uBeam charging station in your home?

Rebecca Pederson
Rebecca is an Oakland, CA-based freelance writer who manages the voice of social media channels for Fortune 500 companies and innovative startups alike. Also an established essayist, her creative nonfiction can be found on The Hairpin, The Toast, Thought Catalog and others. She is repped by Anthony Mattero at Foundry Literary + Media.
Tech